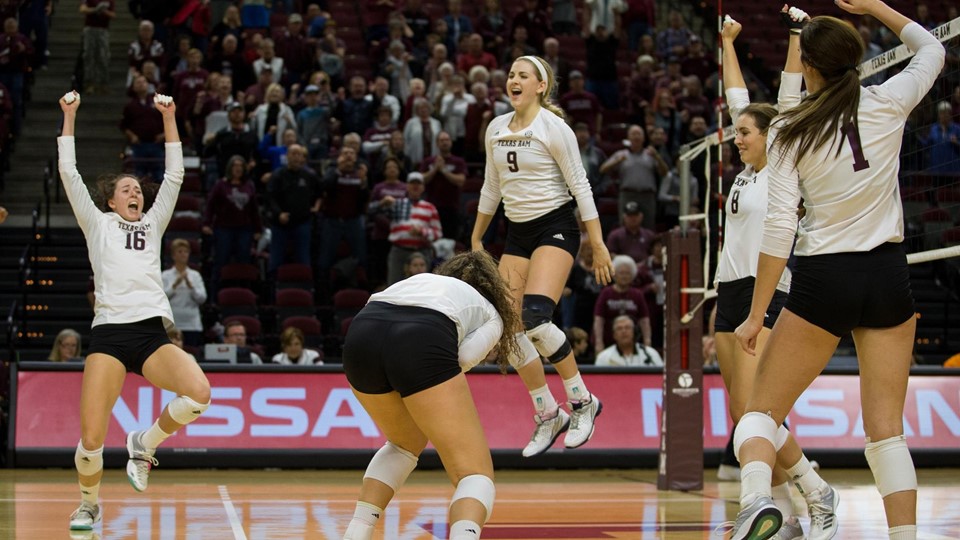 The National Invitational Volleyball Championship, which will make its modern era debut this postseason has contacted 110 programs to gauge... Current Photo via Texas A&M Athletics

The National Invitational Volleyball Championship, which will make its modern era debut this postseason has contacted 110 programs to gauge their interest in participation should they not make the NCAA Tournament’s 64-team field.

The NIVC, which was previously played from 1989 to 1995 as a 20 team event, will feature a 64-team field, to be announced Nov. 26, with 32 automatic berths and 32 at-large berths. The tournament will be a single-elimination format with matches hosted by participating schools.

Teams invited to consider the NIVC hail from 32 conferences. Some of the teams listed are still firmly in the running to make the NCAA field, such as Northern Iowa and Missouri State, who are 1-2 in the Missouri Valley.

Texas A&M is the highest team among the current NCAA RPI rankings, checking in at No. 37. Florida State is No. 40 in RPI, VCU is 43 and Arkansas is 45.

Those schools who have received letters of consideration from the NIVC follow and are grouped by conference affiliation.