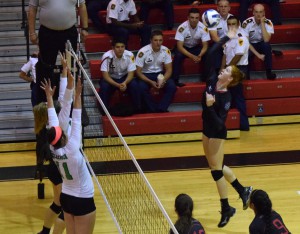 2017 NJCAA D-I All-America Honorable Mention outside hitter/opposite Hannah Davis is headed to Eastern Washington via transfer after finishing her junior college stint at New Mexico Military Institute. Davis will be a junior come the fall with two years left of play and is set to be immediately eligible.

Those numbers – which included top 25 finishes in the nation in kills and blocks – led to her earning that national recognition as well as being WJCAC All-Conference in 2017.

Eastern Washington is coming off of a 7-18 season in which they went 4-12 as a member of the Big Sky Conference.