No. 12 Stanford Set for Rematch with No. 13 Cal on Saturday 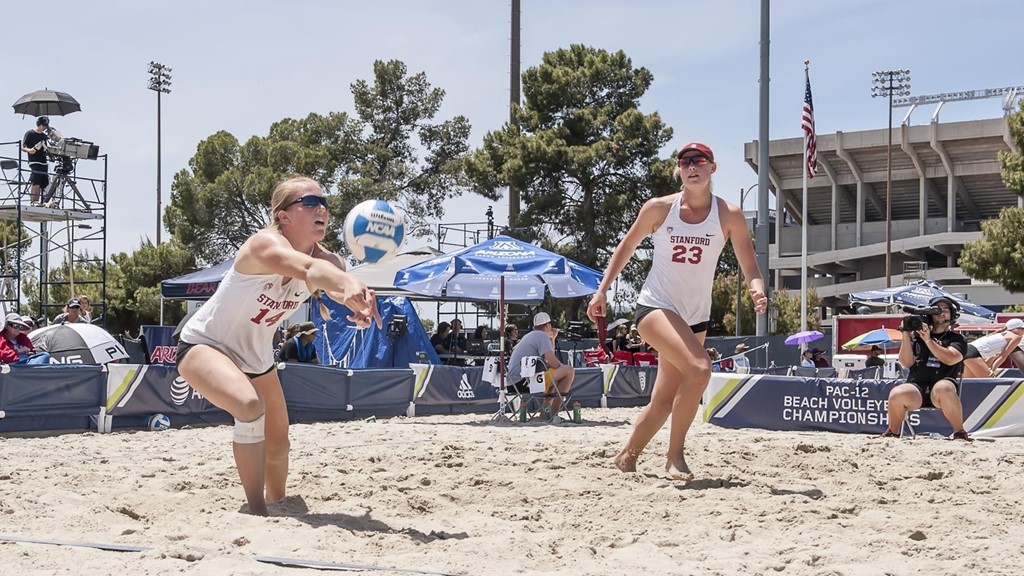 No. 12 Stanford will face the Golden Bears for the second time in less than a week when it travels to Berkeley Saturday for its regular season finale. Current Photo via Stanford Athletics

STANFORD, Calif. – No. 12 Stanford will face the Golden Bears for the second time in less than a week when it travels to Berkeley Saturday for its regular season finale.

The Cardinal edged No. 13 Cal in a 3-2 decision last Sunday at the Pac-12 North Invitational in Seattle, Washington. Stanford went 3-1 in the two-day event with wins against Oregon and Washington to match the victory over the Bears.

Stanford’s No. 2 pairing, consisting of Courtney Bowen and Sunny Villapando, was named to the All-Tournament team for the event after going a perfect 4-0 against its opponents that weekend.

Bowen and Villapando were named the Pac-12 Pair of the Week on Tuesday. It was the first weekly conference honor for the duo, and Stanford’s second Pac-12 weekly honor of the season. Morgan Hentz and Amelia Smith received the award on March 6.

The Bowen/Villapando tandem also earned Volleymob Beach Pair of the Week honors for its performance in the Pac-12 North Invitational.

CARDINAL AGAINST THE CONFERENCE

Stanford owns a 7-5 record against fellow Pac-12 teams this season. The Cardinal’s five losses have come to only two teams: UCLA (3) and USC (2). With multiple wins against Arizona State (2) and Washington (2), Stanford has played each Pac-12 conference member with the exception of Utah so far this season.

PAC-12 CHAMPIONSHIP ON THE FARM

Stanford Beach Volleyball Stadium will be the site of the Pac-12 Beach Volleyball Championship, as the Cardinal will host the second-ever conference tournament from April 26-28. Admission is free for all fans.