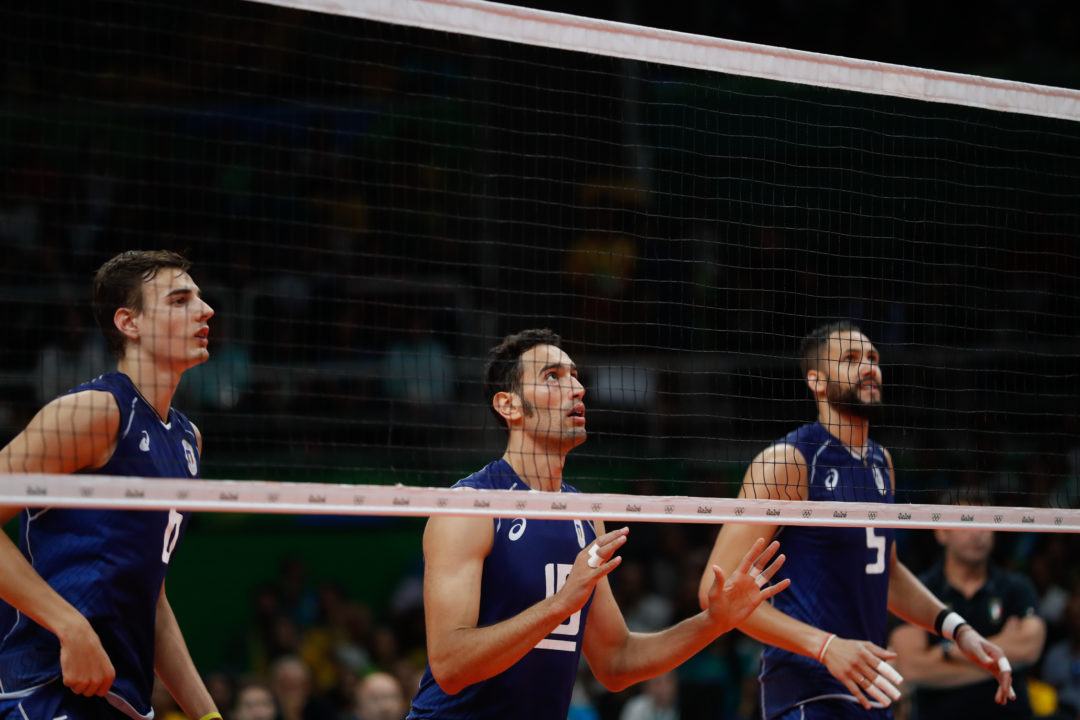 Italy has named their 18-player roster for the 2017 World League, where they’ll host an opening-round pool in the top tier from June 2nd-4th. That pool will be one of the toughest of the entire tournament, featuring the Italian Olympic silver medalists, the Brazilian Olympic gold medalists, Iran, and Poland.

Most notably absent from Italy’s roster is one of the world’s most popular, and best, players, Ivan Zaytsev. Zaytsev was the 3rd-highest scorer of the Olympic tournament with 127 points, and the best server among semi-finalists averaging .48 aces/set. At the Olympics, he set a speed serving record with a 127km/h (79mph) serve.

Also missing from that Olympic roster are Osmany Juantorena and Emanuele Birarelli. Biraelli was the team’s Olympic Captain and named to the all-tournament Dream Team at middle blocker.

For the 31-year old Juantorena, there was some question of whether this was a sign that he was stepping down from the national team. But he says that he just wants to rest this summer after effectively playing volleyball for the last 24 months without a break due to Olympic commitments, and that he plans to play in the World League next year.

The Italians will return 7 players from their Olympic roster, including veteran Simone Buti, who has been awarded the captainship with 127 national team caps – more than anyone else on the roster.

The team will have to rely heavily upon the next generation, including mid-20s players Luca Vettori, Filippo Lanza, and Matteo Piano, who all saw action at the Olympics. Lanza had 4 kills in the Olympic final – the team will only have 8 kills from that match returning for the World League.

The team will also be relying on their budding superstar at setter Simone Giannelli to arrange their new-look offense. Giannelli, who doesn’t even turn 21 until August, was named the best setter in a trifecta of major tournaments last year: the Champions League, the World League, and the Club World Championship.

Italy is already qualified as the co-hosts of next year’s World Championships, and as such aren’t participating in this week’s European qualifier.