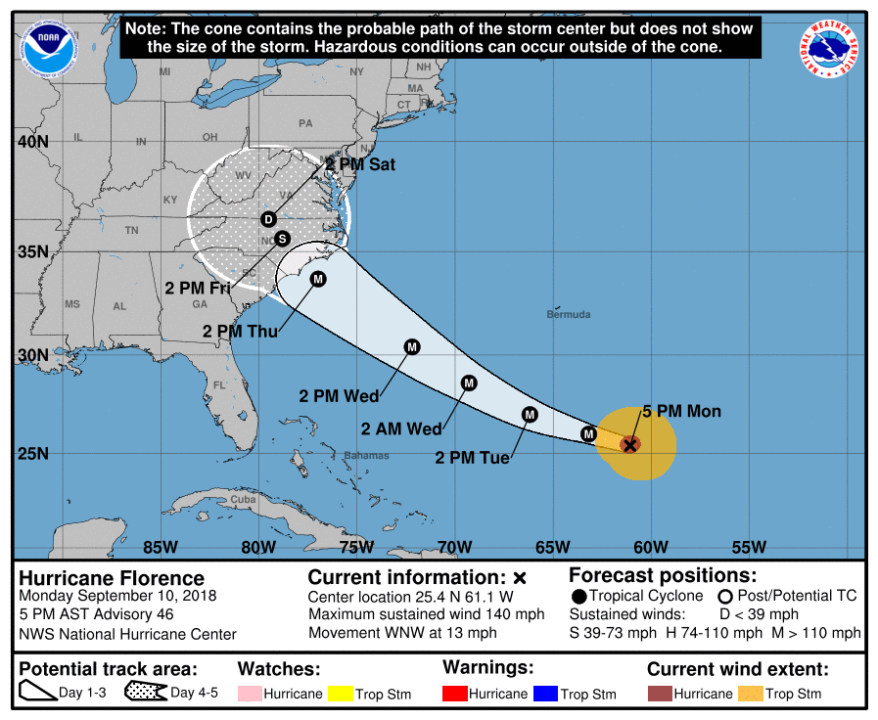 North Dakota State has announced the cancellation of a weekend trip scheduled for its volleyball team to play Duke and North Carolina in Raleigh. The coaching staff is looking for possible replacement matches within the region this weekend.

The Bison, who are 2-8 this season, were scheduled to play North Carolina on Friday and Duke on Saturday. North Carolina is currently dead-setter on the cone of probability for Hurricane Florence. The hurricane, one of 3 currently sitting in the north Atlantic Ocean, is currently on track to make landfall sometime on Thursday near Wilmington, North Carolina. The storm grew into a Category 4 hurricane on Sunday, with sustained winds of 140 miles per hour.

Chapel Hill, where UNC is located; and Durham, home to Duke, are about 150 miles from Wilmington, which is currently in the center of the tracking models for landfall.

Earlier on Monday, UNCW announced that they would cancel their tournament. UNC and Duke have not yet announced whether they will cancel their matchup scheduled for Sunday (which is not an official ACC Conference matchup, in spite of both being in the ACC). Given the close proximity of the two schools, there’s far less to plan for with travel schedules, so a last-second decision is more feasible.

Coastal Carolina, located in Conway very near Wilmington and the coast, will also not be hosting their tournament this weekend; there is some conversation about trying to move that tournament to TCU (who was scheduled to participate, along with College of Charleston and Pitt), but those plans are not finalized.