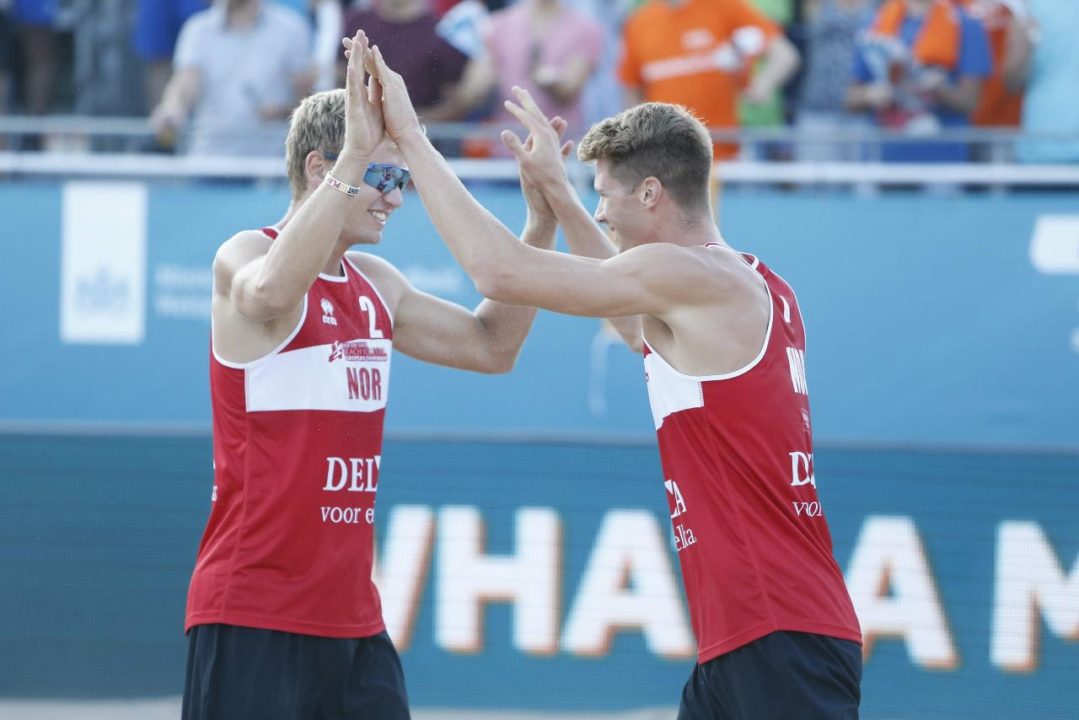 The 2018 Men’s CEV Beach Volleyball crown belongs to Norway as Anders Mol/Christian Sorum topped 2015 champions Janis Smedins/Aleksandrs Samoilovs, the No. 7 seed from Latvia, in straight sets for the gold medal.

Mol/Sorum won 21-17, 21-13 in just 34 minutes to become the youngest European Beach champions in history and the first European champions from Norway since Vegard Hoidalen/Jorre Andre Kjemperud in 1997.

The 12th-seeded Norwegians also made history last week winning the gold at the Gstaad Major, marking the first FIVB World Tour gold for the country since 1998 and also made the duo (21 year old Mol, 22 year old Sorum) the third youngest team ever to win a World Tour gold at a combined 43 years, seven months and 20 days.

The gold medal ended a 7-0 run through the championships, including a 3-0 effort and Pool E title and tiebreak wins in the Round of 16 and quarterfinals.