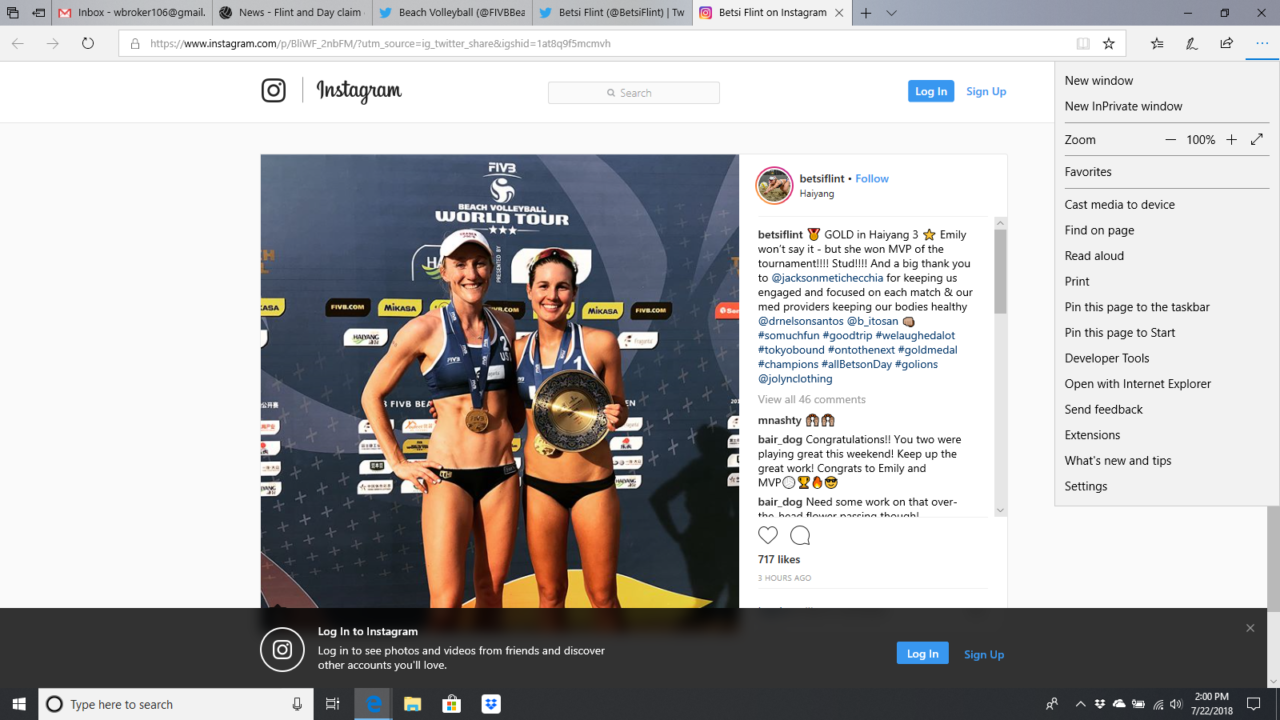 The duo, which had won its last two outings on the AVP Tour in Seattle and San Francisco, continued its success with the Pool C title and two wins on Saturday to reach the semis. After besting countrywomen Amanda Dowdy/Irene Pollock in Round 3, the duo was pitted against another United States pairing in Caitlin Ledoux/Sarah Sponcil in Sunday’s semifinals. The match went the distance, but Flint/Day held on for the 23-21, 13-21, 19-17 victory.

Once in the final, the duo cruised to a straight set win over Germany’s Sarah Schneider/Cinja Tillman for the gold.

“We came here to win and we are happy that we were able to pull it off before we head to Tokyo,” Day said. “Betsi and I did a good job in managing this tournament because it was very hot. We played with aggression and even when we were tired we still connected with one another.”

The gold medal was the first for the duo on the FIVB World Tour and topped their previous best of a fifth-place effort at the Lucerne Three Star on May 13.

GOLD 🥇What a week with my amazing STUD of a partner @betsiflint 🙌🏼Big thanks to @jacksonmetichecchia for keeping up with our scouting reports from a different time zone and our med staff keep our bodies top notch @drnelsonsantos @b_itosan. We felt the love of #EmsEntourage from across the world. @traderjoes @xerosolar @lagoaswimwear @teamhustleofficial all helping me do I love 💗 #allBetsonDay #alldayeverday #beachvolleyball

In the other semifinal, Schneider/Tillman, who were making their FIVB debut as a pair, bested Americans Emily Stockman/Kelley Larsen 21-17, 21-14.

Ledoux/Sponcil rounded out the podium with the bronze, posting a 21-18, 21-13 win over Stockman/Larsen, to medal in their first FIVB World Tour effort as a pairing.

Seidl/Waller went 6-0 in the tournament including a pair of Pool H victories against fellow Austrians. The duo went to tiebreak three times, once in pool play, once in the quarterfinals and then in the title match.

After dropping the opening set 21-10 in the final, the Austrians regrouped and grabbed the lead at 12-11 before clinching a 25-23 win on a Seidl ace. Seidl imposed his will on the block to the tune of a 5-0 start in Set 3 and the Brazilians never recovered.

“I already have a silver and bronze and I really want to get the gold, so now here it is,” Seidl said. “I’m really glad because it is our first tournament together. It was a perfect and fitting win. It was really hard because we clearly lost the first set, but we kept our head in the game and kept believing. We kept doing that until the end and we won.” 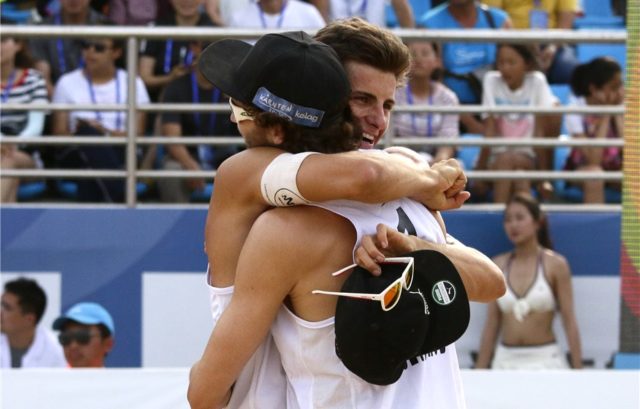 In the end, Brazil would earn just one medal as the Chinese topped Alvaro Filho/Luciano 21-13, 21-13 for the bronze.