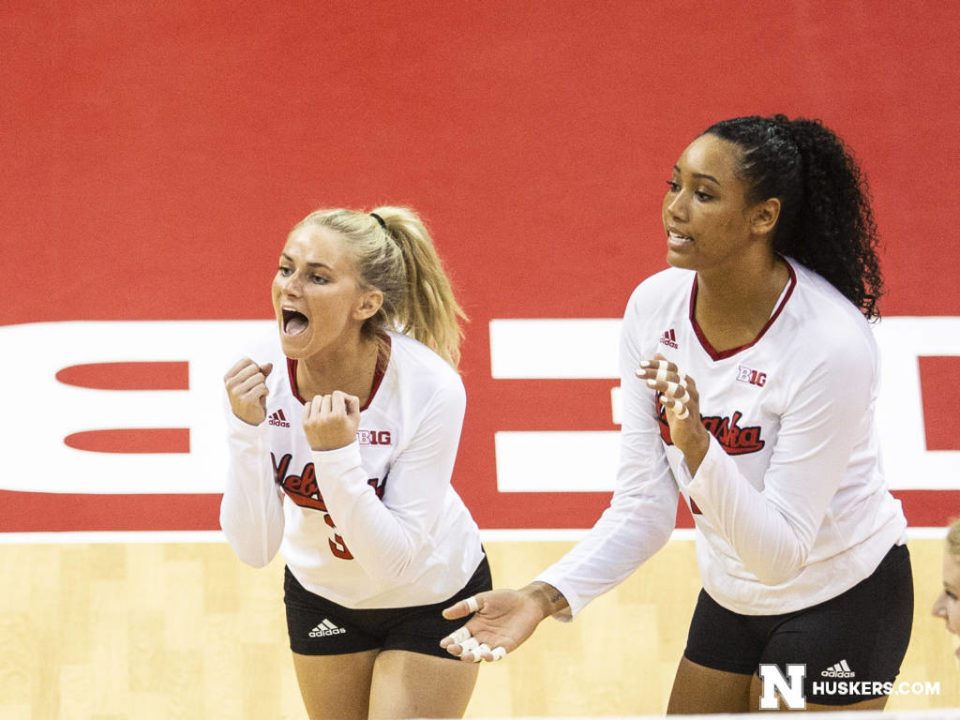 Santa Clara handed Wake Forest a 4-set loss to open the Ameritas Players Club Challenge Friday morning. The Broncos hit .233 on the match, while holding the Demon Deacons to a .172 attack percentage in the win.

Junior Michelle Gajdka registered a double-double with a team-high 13 kills and 10 digs to lead the Broncos to victory. Junior Ngozi Nwabuzoh joined her in double figures with a 10-kill effort. Freshman Liliana Light distributed a team-high 40 assists, while fellow freshman Michelle Shaffer posted a team-high 19 digs.

Senior All-American and reigning NCAA Championship Most Outstanding Player Mikaela Foecke hit a blistering .593 clip in the win to go with a team-leading 17 kills. Freshman Nicklin Hames dished out a team-high 28 assists, while senior Kenzie Maloney notched a team-best 11 digs.

Santa Clara cruised by Ohio in straight sets to register its second victory of the day in Lincoln, Neb. The Broncos posted a .250 attack percentage to the Bobcats’ .121 effort to earn the win.

RECAP | Strong start Friday at the Ameritas Players Challenge with a four-set victory over Wake Forest and a sweep of Ohio! Gajdka, Shaffer, Dreyer each had 20 kills between the two wins. 📰 ▶️ https://t.co/oXq0qMgg9J#StampedeTogether #SCUBroncos pic.twitter.com/l6eBwLrUYw

Santa Clara controlled the match from there, logging victories in the second and third sets by scores of 25-18 and 25-20, respectively.

No. 5 Nebraska made quick work of Wake Forest, downing the Demon Deacons in straight sets to close out Friday action inside the Devaney Center. The Huskers held their opponents to a dismal -.033 attack percentage and just 18 kills, while hitting .341 with 37 kills.

Nebraska started hot, outscoring Wake Forest 5-1 to open Set 1. The Huskers led by as many as 11 en route to their 25-14 win. The second set was more of the same, as Nebraska never trailed and used a 7-0 run to silence the Demon Deacons and record a 25-11 victory.

Nebraska remained in control, beginning the third set with a 5-0 run to keep Wake Forest on its heels. A 7-point run provided a large cushion for the Huskers, who closed it out 25-9 to claim the match result.