Ohio State Wins Lone Match of Week, Stays at No. 1 in AVCA Poll 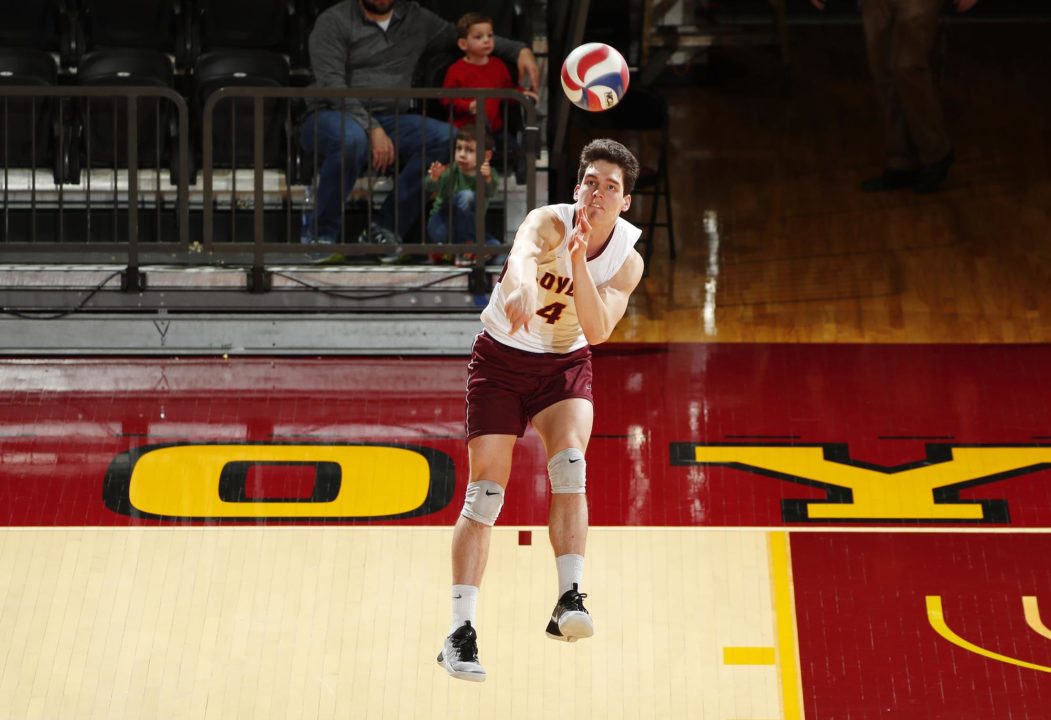 The largest mover of the week was Loyola-Chicago, which jumped six spots from 13 to 7 with a 1-1 mark against BYU (W 3-2) and UC Irvine (L 3-1). That was followed by the Lewis Flyers' plummet from No. 6 to No. 11 with losses to UC Irvine and BYU.  Current Photo via Loyola Athletics

With the first weekend of action completed, the first AVCA poll based on 2018 results was released. The top two in the poll remained in tact from the preseason listing, while just four other spots in the Top 15 remained the same.

Falling out of the poll completely was No. 8 Stanford, which went 0-3, falling to Saint Francis (PA), Princeton and UC Santa Barbara at the UCSB ASICS Invitational .