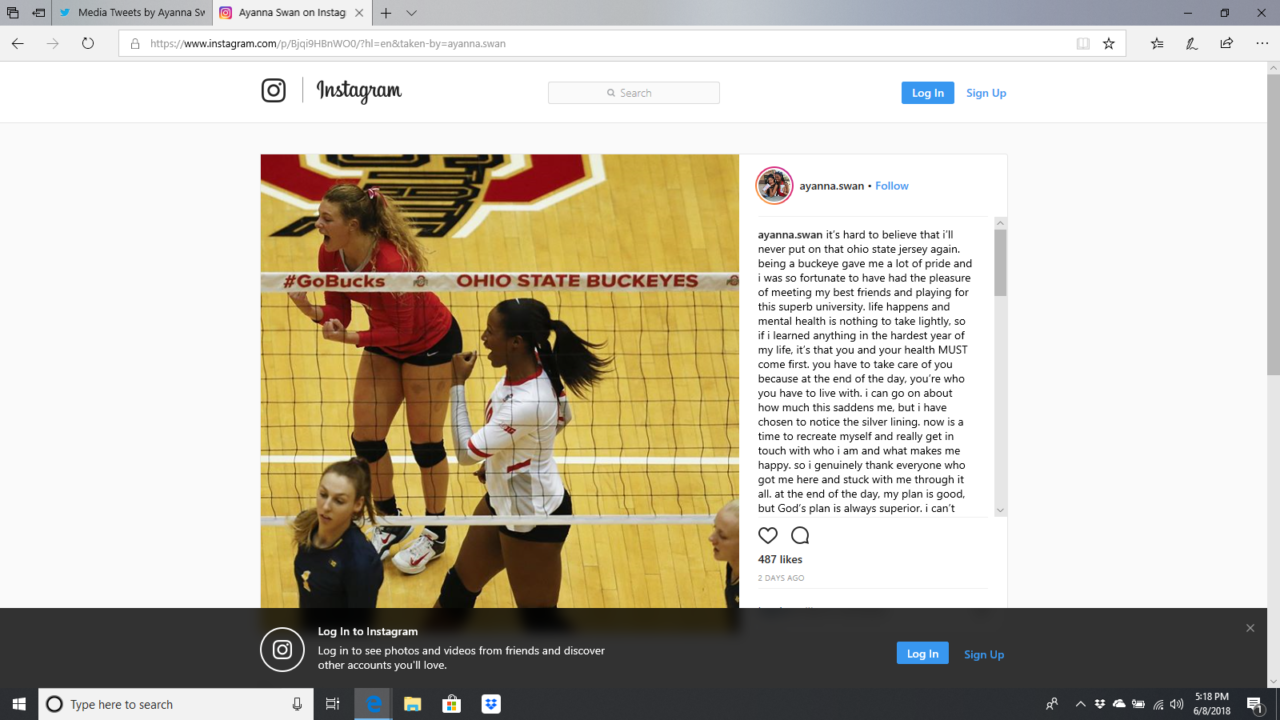 Ohio State sophomore outside hitter Ayanna Swan has decided to end her career after just one season with the Buckeyes.  Current Photo via Ayanna Swan

Ohio State sophomore outside hitter Ayanna Swan has decided to end her career after just one season with the Buckeyes.

The Richmond, Virginia, native announced her decision on her Instagram account and alluded to mental health being her number one concern.

it’s hard to believe that i’ll never put on that ohio state jersey again. being a buckeye gave me a lot of pride and i was so fortunate to have had the pleasure of meeting my best friends and playing for this superb university. life happens and mental health is nothing to take lightly, so if i learned anything in the hardest year of my life, it’s that you and your health MUST come first. you have to take care of you because at the end of the day, you’re who you have to live with. i can go on about how much this saddens me, but i have chosen to notice the silver lining. now is a time to recreate myself and really get in touch with who i am and what makes me happy. so i genuinely thank everyone who got me here and stuck with me through it all. at the end of the day, my plan is good, but God’s plan is always superior. i can’t wait for what’s next!

Once with the Buckeyes, she notched double-digit kills on five occasions, while hitting at a .250 or better clip in eight matches. Swan put up a season-high two blocks on four occasions, including in conference matches against Purdue, Illinois and Wisconsin. The rookie pulled up a season-best three digs twice, at BYU and at Wisconsin.