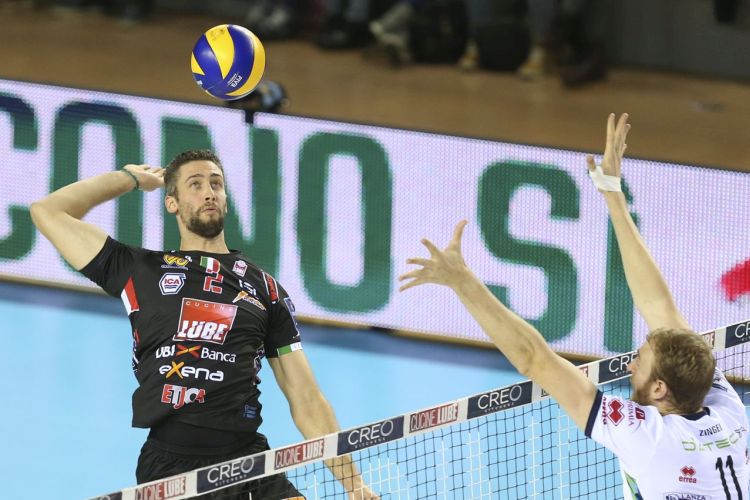 Diatec Trentino's super-team project for the 2017-18 season back-pedaled, but much like Modena, the team's roster actually looks much better now, and 2018 may just be the year its plans for greatness take-off Current Photo via https://www.trentinovolley.it

After a few seasons switching back and forth from Italy’s A1 and A2 Leagues, the 29-year-old Davide Candellaro finally found his groove and rose to success with Lube Civitanova, winning a title in the 2016-17 season. Now after two seasons with the club, he decided to transfer to another Italian super-team, Diatec Trentino, as was announced in the team’s official website. There, he’ll be joining a plethora of stars, including Italian national team teammate Simone Gianelli, and also new hires Jennia Grebennikov and Srecko Lisinac.

Here is how the player reacted:

“Trentino Volley had been talking with me with great insistence over the last few months and I have gladly accepted its proposal. For me it is an important life choice, which will allow me to experience the SuperLega from another important point of view after the two-year experience in Civitanova. I am happy and ready to live to the full this new reality. The team can count on me, I am dedicated to work and live my life in the gym. I chose the best for my future career, considering that I’m no longer a kid.

This is a team with a very specific project and I’m happy to be part of it. Grebennikov and Lisinac are the best in their respective roles and will do very well; we can be competitive. PalaTrento is also an important factor, which matters a lot. As an opponent playing in this building has always been a pain: I have won very few times here, the fans always pushes the team a lot. I hope I can become a fan favorite.”

Diatec Trentino’s super-team project for the 2017-18 season back-pedaled, but much like Modena, the team’s roster actually looks much better now, and 2018 may just be the year its plans for greatness take-off.

“I made my choice, and that’s why it was time to say goodbye and especially THANK YOU. An immense THANK YOU goes to Lube, to the staff and to my companions, who have helped me to mature, both as a player and as a man, making me become what I am today. A THANK YOU goes to all the fans who supported me in the most difficult moments. A THANKS also goes to Civitanova, who made me feel at home, from the first day, allowing me to meet a lot of people and fortunately many friends. I begin a new chapter of my career, bringing in this fantastic adventure.”