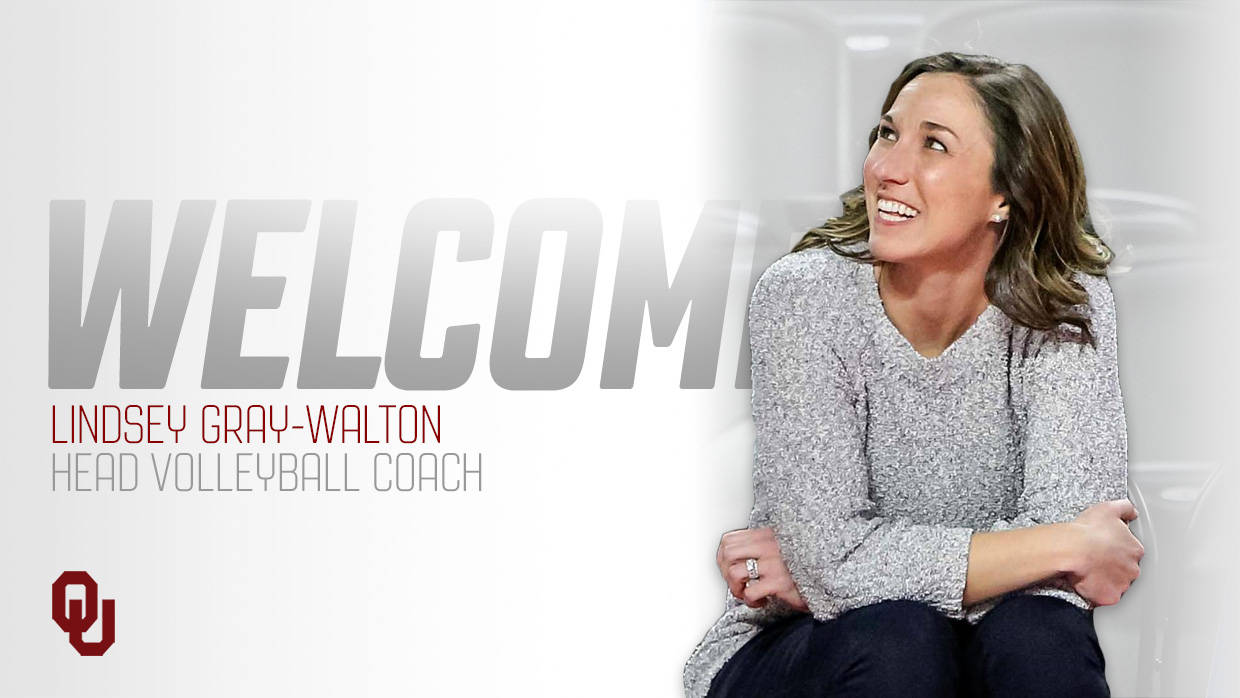 Lindsey Gray-Walton, who was named AVCA National Assistant Coach of the Year at the Final Four last week and was named as one of the organization's Top 30 Coaches Under 30 in 2012, was named as the new head coach at Oklahoma on Sunday.  Current Photo via Oklahoma Athletics

Merry Christmas to Oklahoma volleyball fans as the team named its new head coach on Christmas Eve, announcing that Lindsey Gray-Walton, who spent the last eight seasons at Kentucky, will take over the program.

Gray-Walton was named AVCA National Assistant Coach of the Year at the Final Four last week and was named as one of the organization’s Top 30 Coaches Under 30 in 2012.

“Our nationwide search identified some outstanding emerging leaders in women’s volleyball,” Athletics Director Joe Castiglione said in the announcement. “We’re thrilled to introduce Lindsey Gray-Walton to our Sooner family. She’s highly respected and lauded throughout the profession. She possesses a very impressive background as a student-athlete, assistant coach, recruiter, teacher and motivator, along with a great vision to build our program as an extension of our culture of Sooner Magic. We’re confident she’s the right person at the right time to lead Oklahoma volleyball and look forward to welcoming her husband, Kyle, and daughter, Berkley, to campus.”

As an assistant coach and recruiting coordinator at Kentucky, Gray-Walton helped the Wildcats to eight straight NCAA appearances, including the program’s first Elite Eight in 30 years, and registered seven recruiting classes among PrepVolleyball’s Top 25.

“I am extremely excited and humbled to be named the next head coach for Oklahoma volleyball, and am forever grateful for the mentors and teams I have had the privilege of coaching that have helped provide for an opportunity like this,” said Gray-Walton. “It is easy to see why Oklahoma is a powerhouse in college athletics. OU has a great leader in Joe Castiglione, followed by quality people who have committed to becoming elite. My family and I are excited to get to Norman and get to work. Boomer Sooner!”

Kentucky posted a 189-67 mark in Gray-Walton’s time in Lexington, where she worked specifically with the team’s defensive specialists and outside hitters, including three-time SEC Libero of the Year Ashley Dusek.

Gray-Walton’s former boss, Craig Skinner wished her well and called her one of the “most talented up and coming coaches in our profession.”

Gray-Walton, who was born in Oklahoma City and raised in Olathe, Kansas, was an All-ACC player at Georgia Tech. She spent one season as assistant coach and recruiting coordinator at College of Charleston in 2009 before joining the Kentucky staff.