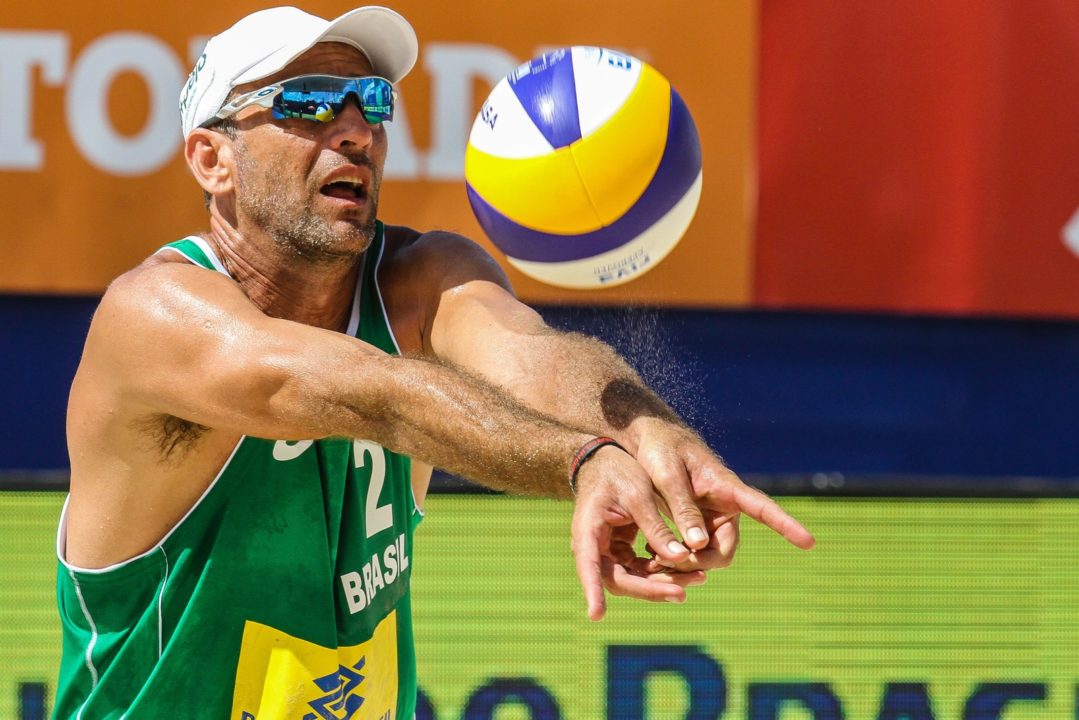 Globo.com has announced that Márcio Araújo has come out of retirement to resume his beach volleyball career. The 2008 Beijing Olympics silver medalist (alongside Fábio Luiz), who lost the competition’s finals to USA’s Todd Rogers and Phil Dalhausser, is now 44 years old and has been away from the sands since 2016. He is set to debut at the Brazilian circuit with Allison Francioni, 20 years his junior, at the Palmas, the first stage of the 2018/19 season. Upon his return, Márcio will have to work double-time, as he also manages a cultural institute in his hometown in Fortaleza:

“I was able to reconcile my career with training and travel. Fortunately, this flexibility made it possible to return to this passion, which is beach volleyball. I’m training with other athletes from Ceará, like Hevaldo, my partner Allison Francioni and Allysson Lima. They have a very strong rhythm, youth. I am privileged to have no physical problems, training excited and motivated me, the results appeared, and I came back.

I’ll play until the end of the 2018/2019 season, then we’ll see, I’m going to make a new evaluation. Allison is a young player, so we’ll unite experience with youth and physical explosion. I think this will be important to us. I am very happy with this possibility, I believe that being with a young player can be a great incentive. We will always want to compete for the top position.”

Marcio is not the only Brazilian great to have come back to the sport, as Ricardo Santos took the same route earlier in the year: