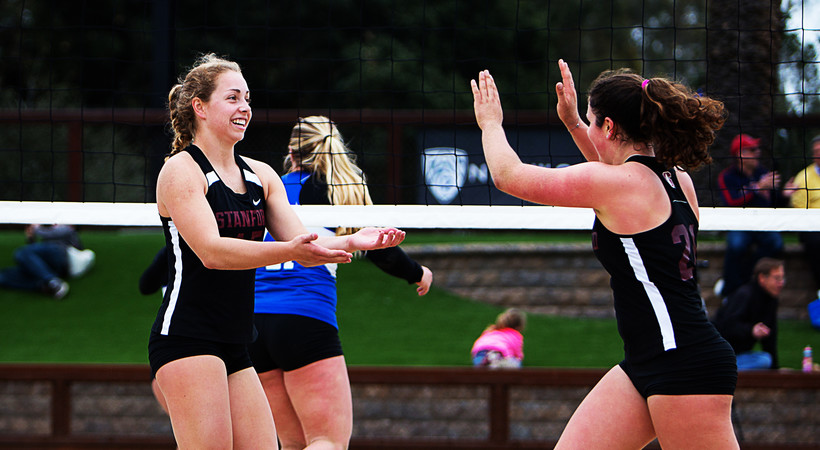 The Pac-12 Network announced its coverage schedule for the beach volleyball conference championships beginning on Thursday and lasting through Saturday's title match with three Olympians on the call. Current Photo via Stanford Athletics

The Pac-12 Network announced its coverage schedule for the beach volleyball conference championships beginning on Thursday.

The three-day event, which will be played in Palo Alto, California, will include Hofstra alumna Anne Marie Anderson and three-time Olympian and pro beach legend Holly McPeak on the call for the morning matches and on championship Saturday.

Kevin Barnett, a former U.S. National Team member and 2000 and 2004 Olympian, and Mike Dodd, who won the inaugural beach volleyball silver medal at the 1996 Summer Olympics, will provide commentary each afternoon.

Utah, the tournament’s No. 8 seed, and Oregon, the No. 9 seed, kick off the action at 11 a.m. ET Thursday with a play-in game, with the winner earning the right to play UCLA.

The double-elimination bracket includes a contender’s bracket, through which the second finalist will travel.