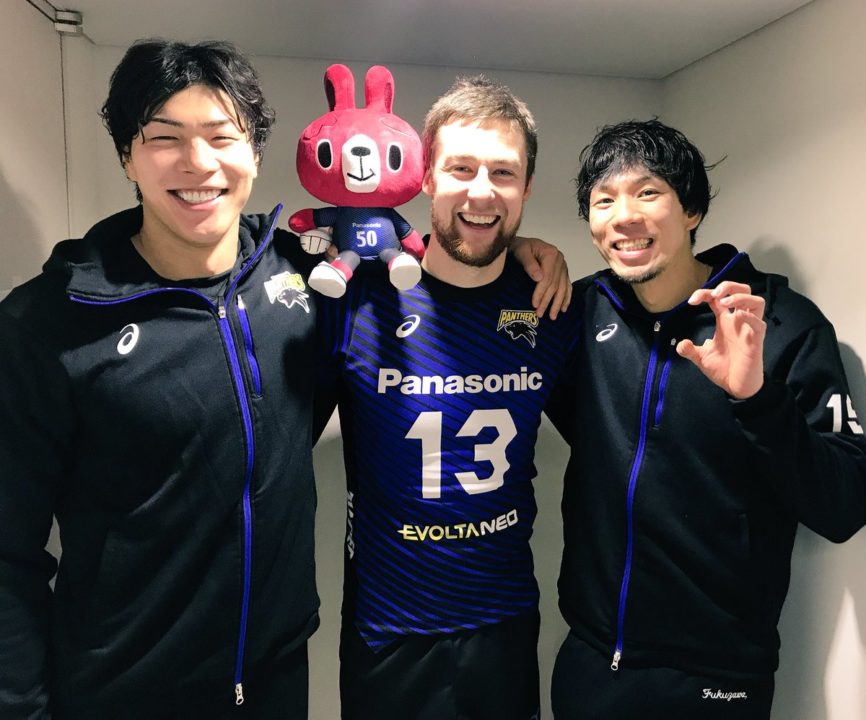 The Panasonic Panthers have had a very difficult week in the Japanese League Current Photo via Japanese V. League

The Panasonic Panthers have had a very difficult week in the Japanese League. First, it lost its star player Kunihiro Shimizu to a severe knee injury that will keep him out for a year. Now, the league has announced in its official website that it has issued the team a fine of nearly $10,000 for not fielding its strongest lineup in their Jan. 27 match against Toray Arrows, a 3-0 loss.

Although the league does not go into specifics, it is clear it meant the team’s star duo of Michal Kubiak and Kunihiro Shimizu, who were not in uniform for the match. Since the Panthers were already sure that it would probably get favorable playoff seeding, it is very likely that it chose to rest its players, which must have drawn the ire of league officials.

The team issued an official apology regarding the matter:

“We apologize to every party concerned. We will work hard as a team to prevent a recurrence of the matter and to contribute to the further development of volleyball in the world.”

The team also stated it will hold monthly official meetings with its staff to reaffirm the importance of complying with league rules and deepen its understanding of the league’s regulations. In addition, the club also promised to dedicate itself to social contribution activities and tostrive to restore the confidence between the club and the volleyball world.

By winning the regular season, the Panasonic Panthers won a straight trip to the League’s Finals. It now awaits its opponent, to be decided in the Toyota Gosei Trefuerza vs. JT Thunders match-up.