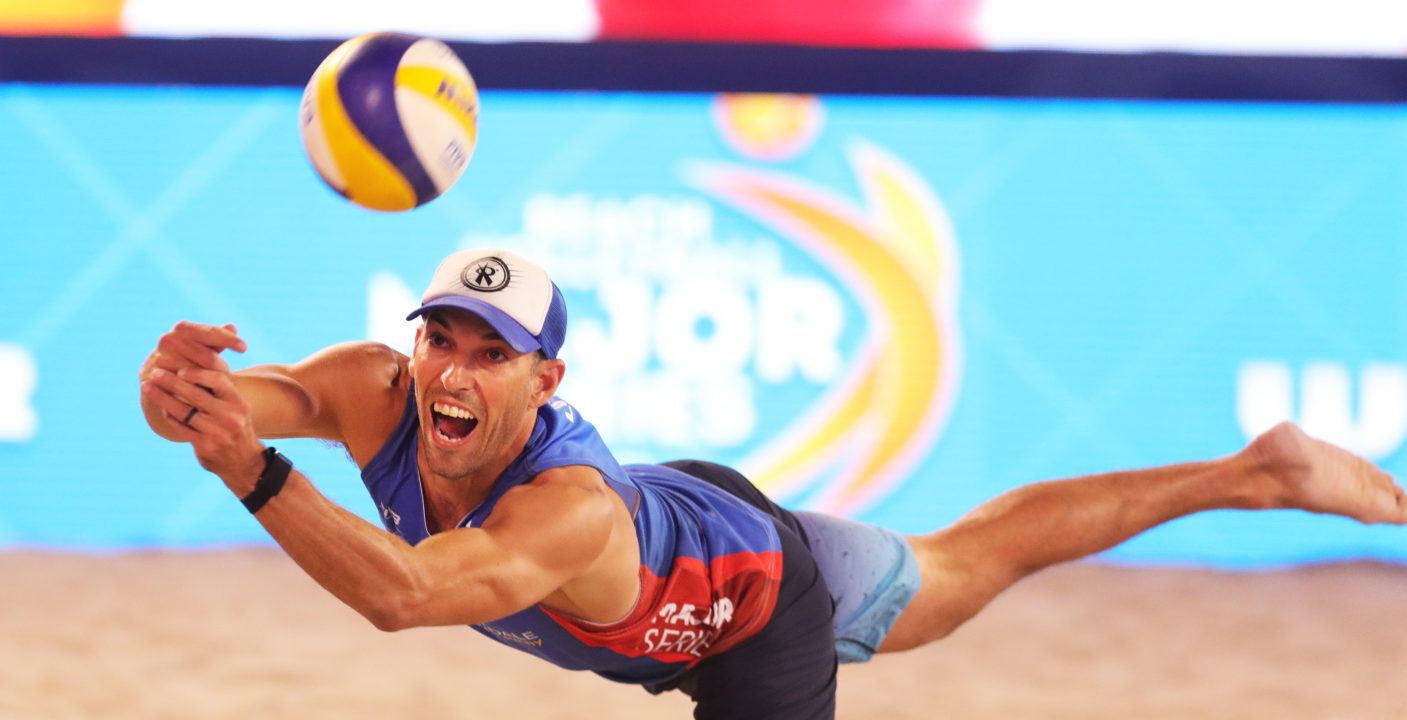 Three Brazilian pairs and two Americans are among the 16 teams vying for pool crowns on Thursday in Fort Lauderdale after winning their opening pool play matches.  Current Photo via FIVB

On the men’s side, teams played through the first two matches of pool play in each of eight groups. The third match, between the two victors, will be played on Thursday.

Highlighting the slate will be a matchup between Olympic gold medalists Alison Cerutti/Bruno Schmidt of Brazil and bronze medalists Alexander Brouwer and Robert Meeuwsen. This marks the first meeting between the two teams since the pairs met in the semifinals on August 16, 2016,  in Rio.

Two other Brazilian sides also are in the mix for pool crowns: No. 2 seed Evandro Goncalves/Andre Loyola Stein and No. 9 seed Pedro Solberg Salgado/George Wanderley.

Also up for a free pass to the second round are two American duos: No. 1 seed Phil Dalhausser and Nick Lucena and No. 18 Taylor Crabb and Jake Gibb.

Five of the 16 pool play matches went the distance, with No. 4 seed Viacheslav Krasilnikov/Nikita Liamin of Russia being the highest seed to do so. No. 6 Alison/Bruno, No. 7 Clemens Doppler/Alexander Horst of Austria, No. 17 seeded Canadians Grant O’Gorman/Ben Saxton and Americans Crabb/Gibb also won in three sets.

Crabb/Gibb overcame a 21-19 first set loss to Germany’s Dries Koekelkoren/Tom Van Walle, the No. 15 seed, for the victory.  The other four teams to win in three won their opening stanza.