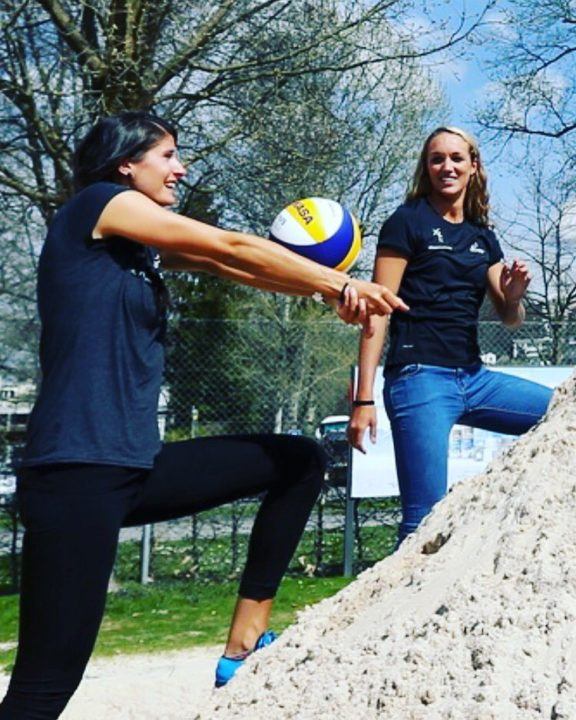 Two of Switzerland’s 4 female beach volleyball players at the 2016 Summer Olympics announced their retirement, leaving a natural pairing opportunity between their two former partners, and that’s just what was announced on Friday.

Less than 24 hours after Isabelle Forrer announced that she was ending her career, her former partner Joana Heidrich Tweeted that she’d found a new partner: Anouk Verge-Depre, who herself was left standing solo after Nadine Zumkehr retired a week earlier.

The two will make an imposing pair – both are 24 years old, and Verge-Depre stands 6’1″ and Heidrich is 6’3″. Both players’ former partners were under 6 feet tall.

One or the other will have to take a slight role change, however; both players were their teams’ designated blocker at the net, and one will have to shift to defense.

In either case, at their age, the pair have a chance to represent Switzerland at both the 2020 Olympic Games in Tokyo and the 2024 Olympic Games.

Switzerland’s new #2 team, based on 2016 FIVB Rankings, are Nina Betschart and Tanja Huberli, who tied ranked for 18th in the world last year. Verge-Depre and Heidrich have some time to mesh as a pair with a full off-season to meld, plus a significant gap to the country’s #3 pair – Nicole Elholzer and Dunja Gerson, who ranked 53rd in the world in the 2016 FIVB season.

Both players currently reside in Bern.