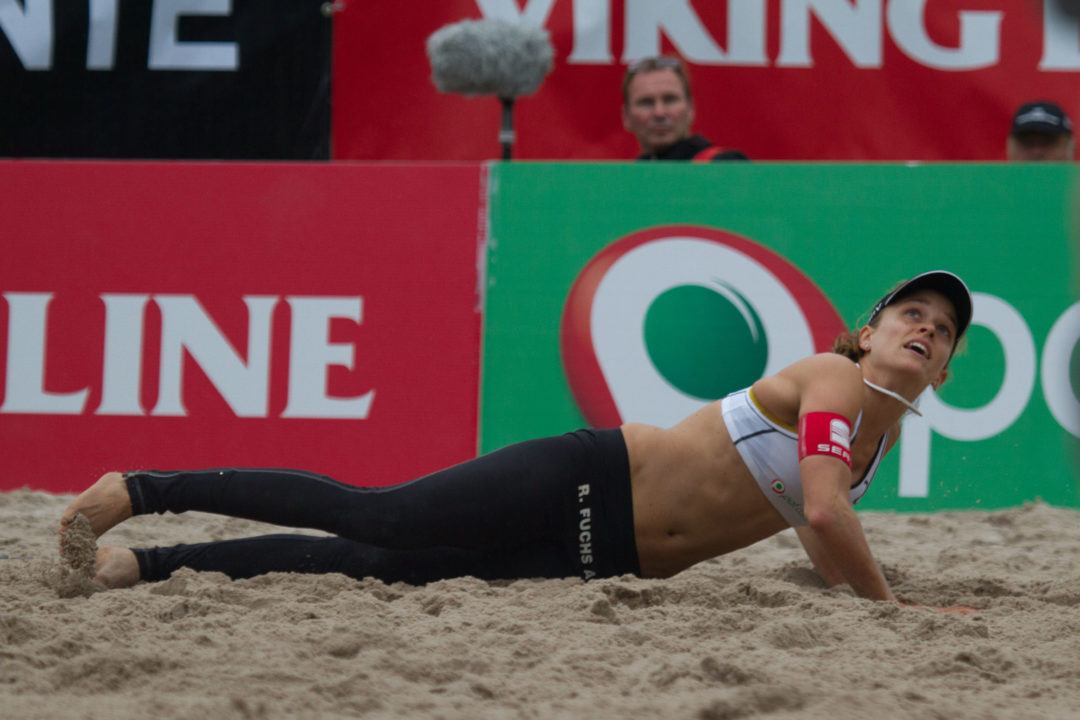 Nadine Zumkehr finished with a silver medal in the final professional tournament of her career. Archive Photo via Rob Watkins/www.paf.com

31-year  old Swiss pro Nadine Zumkehr has stuck to her guns and will retire after winning a silver medal on Sunday in Toronto at the 2016 FIVB World Tour Finals and a $50,000 payday to go with it along with partner Joana Heidrich.

“A more beautiful goodbye than with this Olympic quarter-final against Brazil, I can not imagine,” Zumkehr said after the Olympic Games. “With a tournament on my best level, with an incredible joy – it’s what every athlete wants. I have achieved much more than had dreamed of as a girl. This sport has led me to many good-hearted people, brought me much in successful times and taught me much in difficult times. But I have for years lete the sport  subordinate everything, invested heavily in it and skipped much. Now it seems the time has come to weight other things in life more.”

The 24-year old Heidrich has not announced who she will partner with next. She’s the 4th partner Zumkehr has played with, and the two have been together since 2013.

Zumkehr was 9th at the 2012 Olympics with Simone Kuhn and 5th in Rio a month ago.

Zumkehr ends her career with $438,495 in career international winnings, including the most successful season of her career in her last with over $80,000 to her credit. She ranks 55th all-time in career earnings according to bvbinfo.com, and as the second-most successful Swiss player (behind only former partner Kuhn).

See Zumkehr’s interview after her final professional match where she describes the emotion at the end of her career.