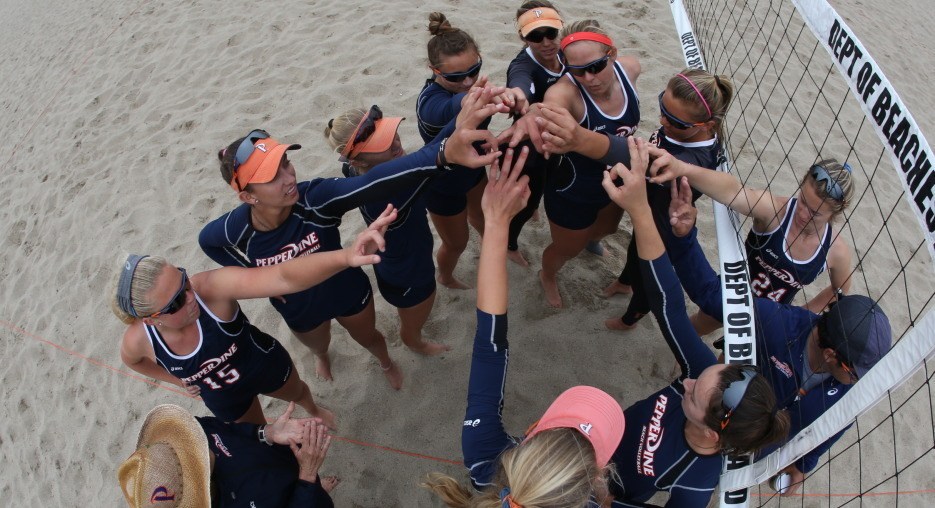 The Pepperdine Waves women’s beach volleyball team will face 2017 NCAA runners-up three times in the 2017 season, part of a loaded schedule as they hope to repeat their invite to the NCAA tournament.

Pepperdine themselves made it to the second round of the main draw of last year’s NCAA Championship tournament before being knocked out by UCLA in the elimination bracket.

Pepperdine has played Florida State in 2013, 2014, and 2015, but missed the Seminoles on their schedule last season for just the second time in the program’s history. The two clubs hold a special connection as the only two teams who have earned a bid to the national team tournament (previously AVCA, now NCAA) every year of its existence. The Waves have a 4-0 record all-time in the series.

Pepperdine will make up for lost time thanks to 3 scheduled matchups with the Seminoles this season – once early in the year on March 12th in Los Angeles, and then twice more on April 14th and 15th at the Florida State Invitational to close the regular season.

Pepperdine will also play Hawaii, who had the #5 seed in last season’s NCAA tournament.

The Waves open the season with a double-header against UCLA and USC in Malibu. USC are the defending NCAA champions, and UCLA was the team that lost to Florida State in a chance to advance to the championship match.

Other NCAA qualifiers from last year on Pepperdine’s schedule this season include Georgia State on March 12th and Stetson on April 14th.

Pepperdine went 20-5 last season, including 9-0 in home matches in Malibu. 3 of those 5 wins came at the hands of the eventual champions USC, though Pepperdine was able to knock them off 3-2 early in the season.