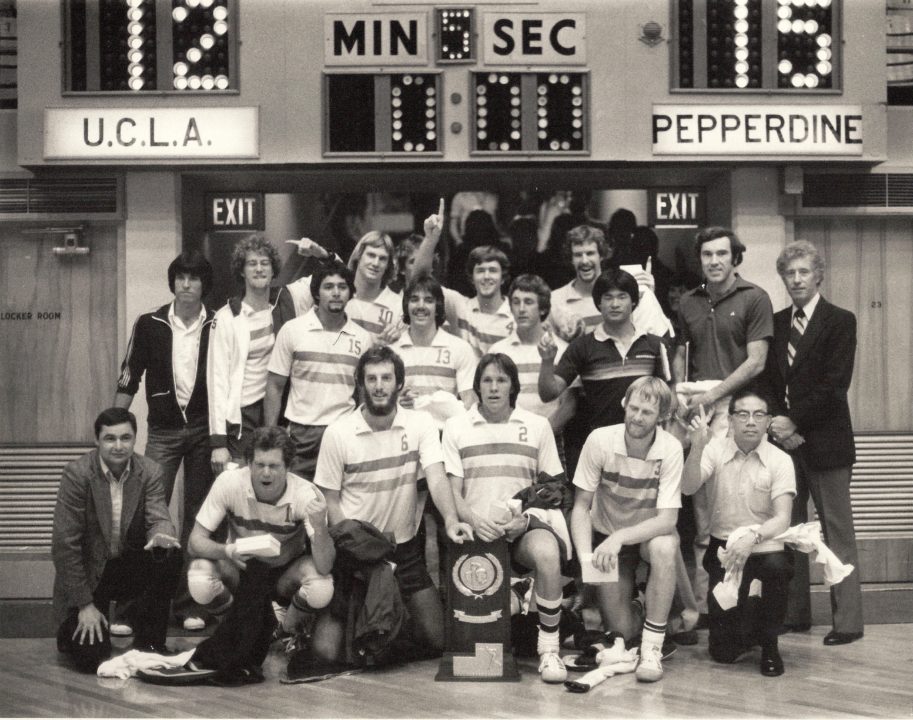 The 1978 title was Pepperdine’s first of nine overall and the first of five men’s volleyball crowns that would ensue.  In 1978, the team had 13-players, two coaches and one trainer.

“Each aspect of the week was special and for me,” said Head Coach Emeritus Marv Dunphy.  “Forty years went by in a flash and these guys all turned out so well. I’m proud of what they did on the court and even more so who they are as people….so proud.”

“It was a special week for Pepperdine Men’s Volleyball and myself,” said Dunphy. “To start with Keith McFarland AKA Keith the Trainer invited the 1978 National Championship team to his house boat on Lake Powell and a wonderful bunch took him up on his offer, including me.”

While there, after taking the toys out on the water, all would sit during meals and give updates on current daily lives and families.

“The lake, the rocks, the mountains, the canyons, the jet skis and the food were all exceptional but by far the quality time spent with the crew was the highlight. Some of the guys had not seen each other for decades.

On Saturday, those who gathered in Heritage Hall amidst the 12 players, coaches and staff, shared photos, videos and stories from one of the most impactful memories of their lives.  Each player was prompted by Dunphy to write a letter to their younger selves before coming together and that letter was read aloud at the gathering by one of their teammates.

The weekend closed on Sunday, where 48 from the group went to play in the annual Ehlers’ Cup Golf Tournament and continue the festivities. 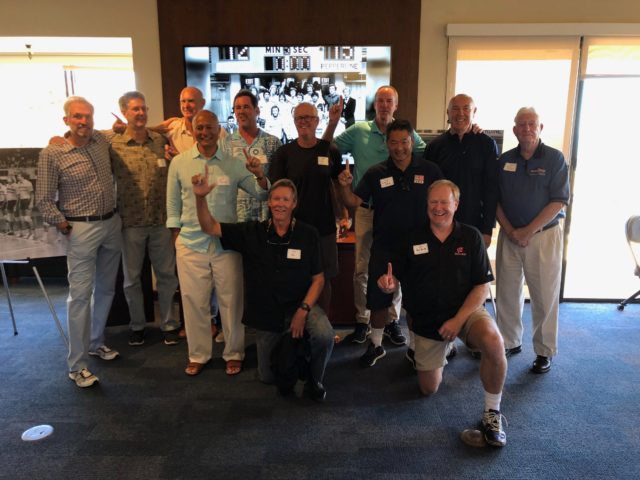