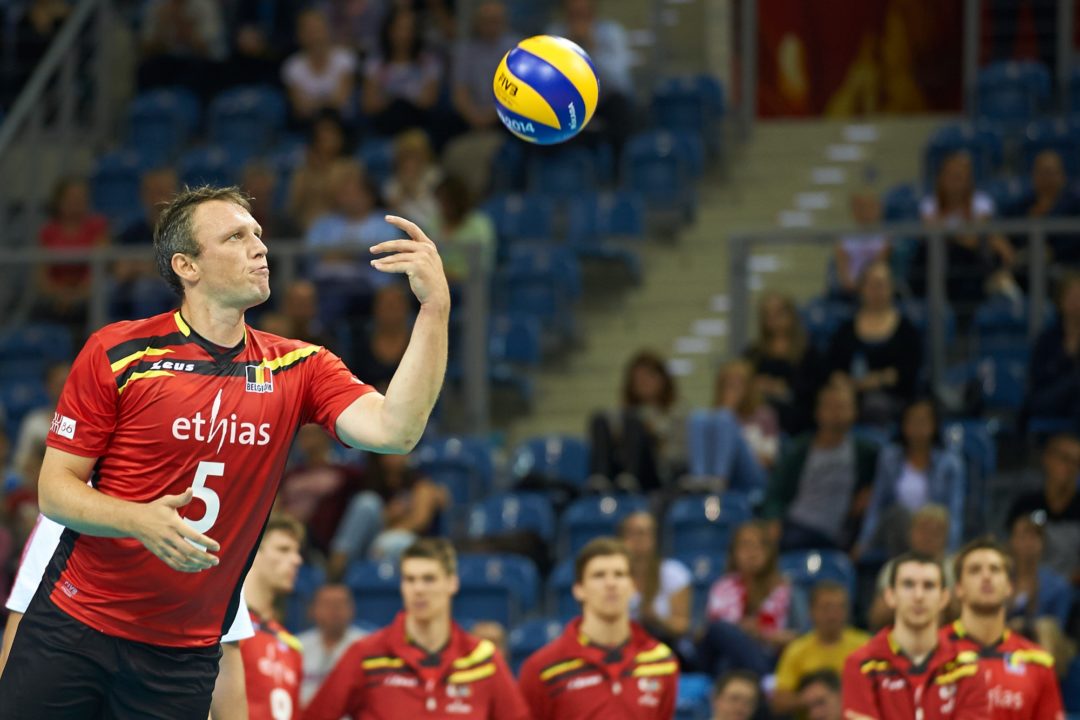 Belgian website Sporza.be has reported that Frank Depestele, Belgium’s national team captain, has just signed a 4-month contract with Argentinian club Personal Bolivar. Rumors, which were quickly shot-down by Depestele nonetheless, have it that Bolivar‘s offer included a salary 10 times higher than that of his previous club, Volley Aalst, of Belgium’s Liga A.

The 40-year-old 6’4″ setter is very experienced, and is best known for his stints with Russia’s powerhouses Lokomotiv Belgorod in 2008-09 and Odintsovo in 2011-12. However, he also played in Greece, Turkey, France, and Ukraine.

Here is what Depestele had to say about the signing:

A month ago I was contacted by the Argentinian club Bolivar, and last week  its coach came to watch me play in Waremme. I was charmed by the interest. It was not an easy decision, but I thought about it for a long time. Of course, the financial aspect of the deal played an important role in it, otherwise I would never leave for Argentina and leave my family behind. The rumors that I will be earning 10x more than I was earning here in Belgium are exaggerated, but it is true I will earn more. I could not refuse the offer.

It’s a strange turn of events for me, but it’s my choice. The volleyball side of the offer is also interesting. Bolivar is an ambitious team and last month it played at the 2017 FIVB Club WCH.  I am already looking forward to going to Argentina, to discover a new culture.

He also commented on Volley Aalst’s unpleasantness on hearing the news:

I understand Aalst is not happy. The team was starting to play much better. I realize I’m going to put it in trouble with my departure. The fans and teammates may not understand it now, but after a while they will hopefully be able comprehend my decision.

Bolivar sits currently in 4th place in the Argentinian league standings, with a 6-4 record.