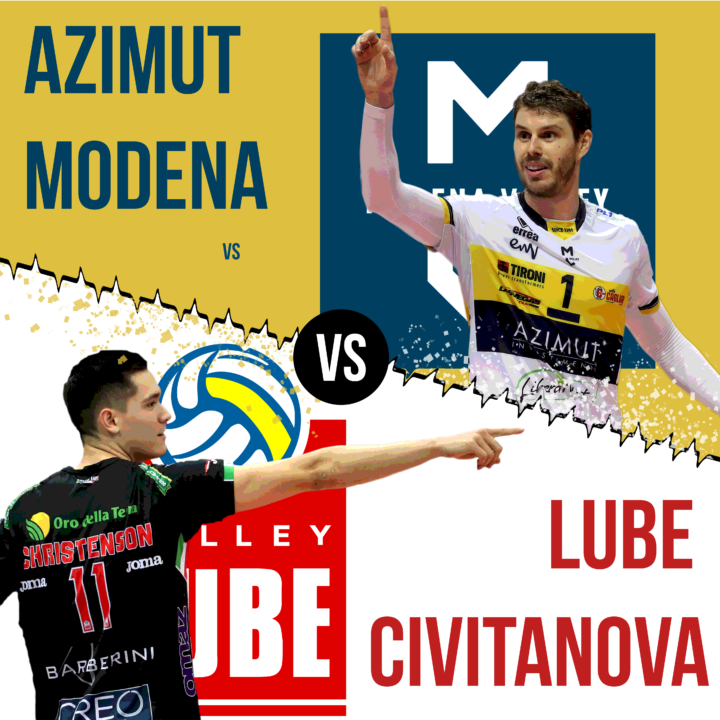 Modena vs Civitanova and Perugia vs Trentino are the teams that have made it through to the best-of-5 semifinals of the Italian SuperLega playoffs.  Current

Two out of the four quarterfinal matchups in the Italian SuperLega needed a deciding third match to determine a victor. Modena and Civitanova had won their respective series in 2 games, but Trentino, and surprisingly Perugia were forced to return home to secure their spot in the semifinals.

But rather than write a eulogy for Verona and Ravenna, let’s focus on the interesting part. The interesting part is the next round of matches, which will be a best of 5 starting tomorrow, Wednesday, March 28th.

This one is going to be crazy. Civitanova and Modena finished 2nd and 3rd in the regular season, respectively. Lube is the winner of 3 out of the 4 matches they have played this season and led the league in both passing and hitting efficiency. Modena has been on a tear recently though, winning a match against Perugia at the end of the regular season and easily dispatching a strong Milano team in the first round of the playoffs. Modena finally has a healthy roster too with the return of opposite Giulio Sabbi and is the only team remaining without any champions league obligations.

Trentino comes into this series in a position that is unfamiliar to them: they are an underdog. Perugia has swept Trentino each of the three times they have met this season so far. Even without American superstar outside Aaron Russell, Perugia still has yet to be stopped in a meaningful fashion in a high-stakes match. A loss to Ravenna in the previous round may have brought some mortality to Lorenzo Bernardi‘s team, but they seem to be unbeatable at home. Trentino will have to bring their best effort to stand a chance of taking 3 games.