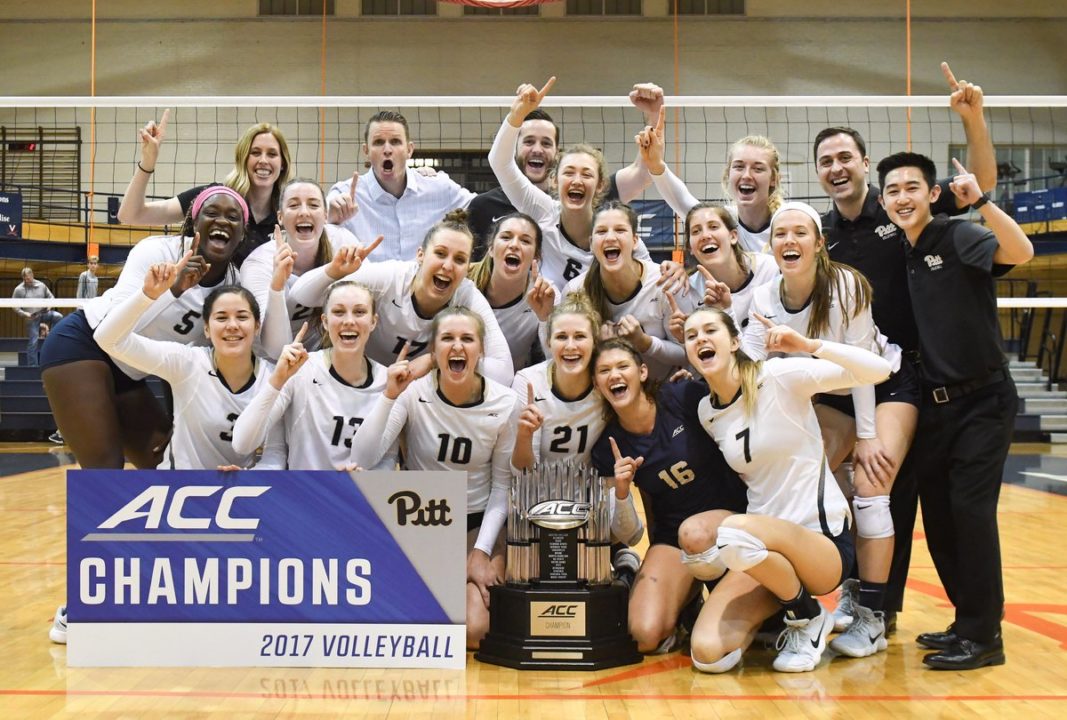 Pittsburgh claimed a share of the ACC title with a sweep of Virginia, earning its ninth straight win to close out the regular season.  Current Photo via Pittsburgh Athletics

CHARLOTTESVILLE, Va. – Pittsburgh claimed a share of the ACC title with a sweep of Virginia, earning its ninth straight win to close out the regular season.

The Panthers tie Louisville atop the ACC with an 18-2 record, but the Cardinals will earn the league’s automatic berth due to tiebreakers. Pitt should be a lock for an at-large berth, however, with a 25-6 overall record and RPI of 26.

Pitt carried the momentum into Set 2, racing ahead 3-0 and boosting the edge to four at 7-3 after back-to-back aces by Seman. Later, kills by Williams and Markovic and a Virginia miscues made it a six-point game at 14-8. The teams traded points until a Williams putaway made it 19-12 Pitt. That sparked a 5-1 Cavelier run, with help from two Billiard kills. Two Virginia errors and kills by Williams, Markovic and Ndee wrapped up the 25-18 victory.

The teams split the first 22 points of Set 3, with neither side gaining more than a two-point edge. Up just one at 14-13, Pitt scored three straight, including an Ndee stuff and Van Buskirk kill to stretch the margin to four at 17-13. The teams traded points over the next 12 serves leading to a 23-19 Panther advantage. A Williams kill and a Virginia error sewed up the match and the ACC co-championship.

Look at that hardware ?