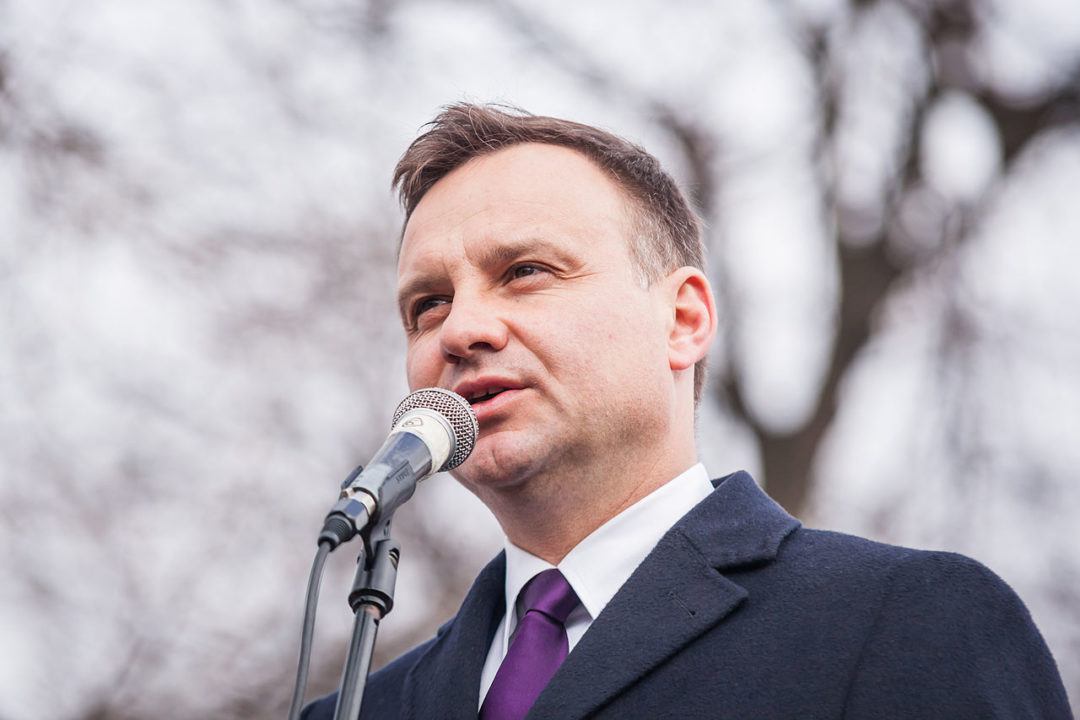 The Polish president will be an honorary patron of the 2017 European Men's Volleyball Championship. Archive Photo via Radosław Czarnecki

While Duda has no remarkable history in volleyball, but he is an ardent supporter of his nation’s sports teams, including this iconic moment after footballer Robert Lewandowski scored a goal in World Cup qualifying a few weeks back.

The note from Duda, addressing volleyball federation president Jacek Kasprzyk, is below.

On behalf of the President of the Republic of Poland Andrzej Duda, I would like to thank you for invitation to assume the honorary patronage over the 2017 CEV Volleyball European Championship – Men – EUROVOLLEY POLAND 2017, which will be held from October 25 till September 3, 2017 in Katowice, Gdańsk, Kraków and Szczecin.

It is my pleasure to inform you, that the President of the Republic of Poland has accepted your request and agreed to assume the honorary patronage over the Championship – an international event with the participation of the best teams of Europe. The President is also confident, that such a prestigious tournament organised in our country is going to bring prizes to our national team in the European competition and that the accompanying interest from the media and the fans will provide an excellent occasion to promote Poland and the four host cities.

I would like to wish you success in organising the event, sports excitement and satisfaction from the Polish national team’s achievements.