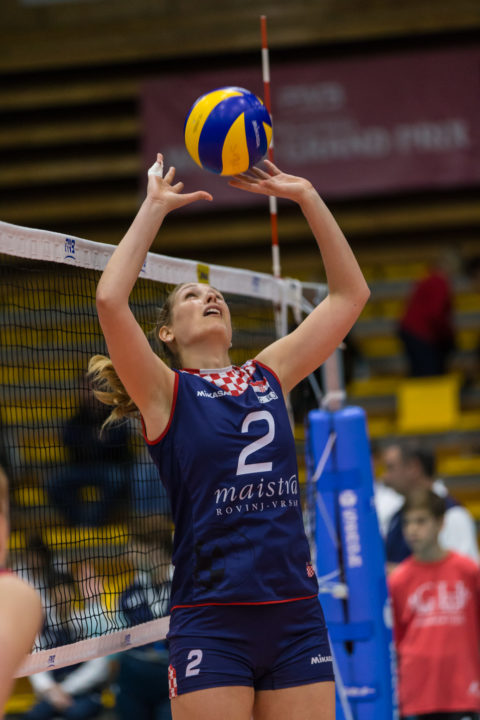 Now in Poland's PlusLiga, Ana Grbac will try to build on her good EuroVolley performance this year Current Photo via FIVB

Tauron MKS, of the Polish PlusLiga, has just announced in its official website the signing of Croatian setter Ana Grbac until the end of the season. The 29-year-old 6’2″ setter, who is also a member of the Croatian national team, is very experienced, and is just coming off an excellent CEV European Championship performance. She has played in all major European leagues during her career:

In the hiring of Grbac, Tauron’s general management expressed her experience and winning career as major motives for the signing:

We were looking for an experienced setter that could help our younger players to develop. At the present time, the only such volleyball player is Anna Grbac. She knows the Polish league and its realities. Let us hope that all formalities will be finalized soon, so she may play in our game against Chemik Police – Adam Malik, Tauron MSK Sports Director