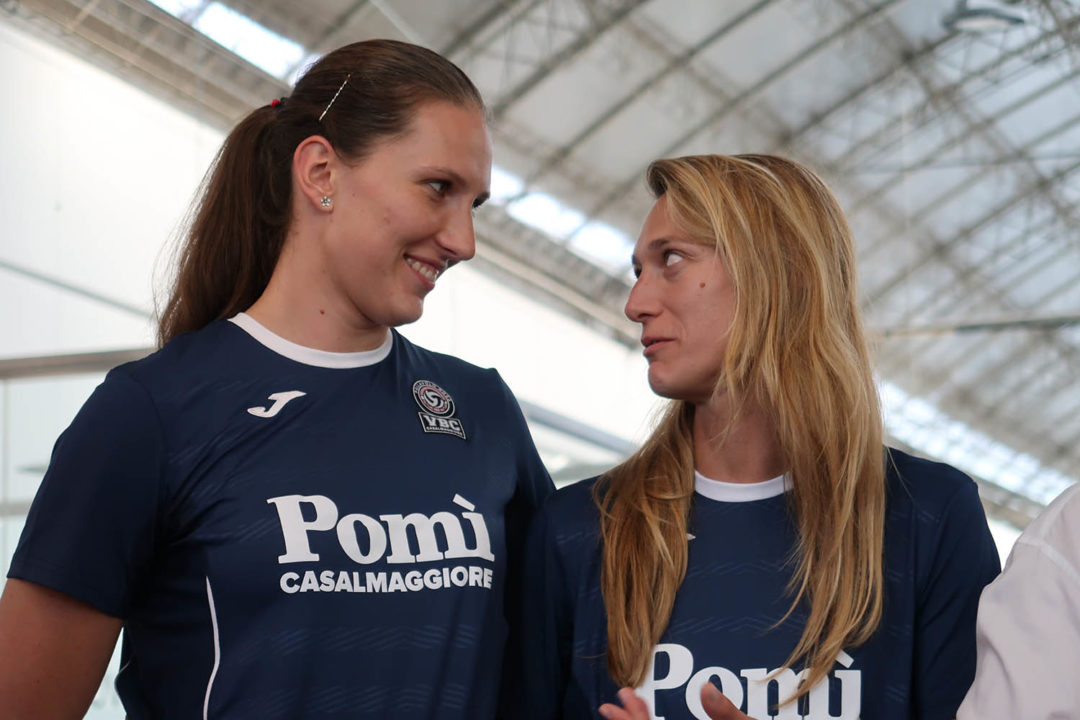 Pomi Casalmaggiore has made it clear to everyone that it will improve on last season's terrible campaign Current Photo via http://www.volleyballcasalmaggiore.it

Pomi Casalmaggiore has made it clear to everyone that it does not intend to repeat its last season’s fate, which almost saw the team, one of Italy’s finest, get relegated from the A1 league. In another move to complete its roster upheaval, it has officially announced in its website the signing of two elite tier players, Azeri Polina Rahimova and Italian national teamer Valentina Arrighetti.

Rahimova, 28 years old and 6’5″ in height, is one of the best offensive powers of her generation. Transferring out of Turkey’s Fenerbahce, in 2017 she led the weak Azeri national team to a fourth place finish at EuroVolley to the tune of a 6.86 points per set performance. She is also the world’s single game scoring record holder, with 58 points during a match, albeit in the weak Japanese league. After stints in Japan, Korea, Azerbaijan, and Turkey, this will be her first season in Italy

Arrighetti on the other hand, is known to Italian fans, having played all but one of her professional seasons in Italy’s A1 league. The talented middle blocker is transferring out of Scandicci. She is a two times Italian and Champions League Champion. With Italy’s national team, she won gold at the 2009 European Championship and Grand Champions Cup and at the 2011 World Cup.

Here is how both players reacted:

“I’m so happy to be here. I’m really excited. I have to be honest, it’s been a while since I’ve felt so enthusiastic about a new adventure. I am happy and honored that the Pomì wanted me for this new path because it is certainly a new beginning for them. Despite having won so much, they wanted to get involved in revolutionizing everything, they chose me in this revolution. I liked it so much! I am full of energy and enthusiasm and I can not wait to get started.” – Arrighetti

“This is a new challenge for me and I’m very happy to be here. I love pink! I recommend you follow us!” – Rahimova