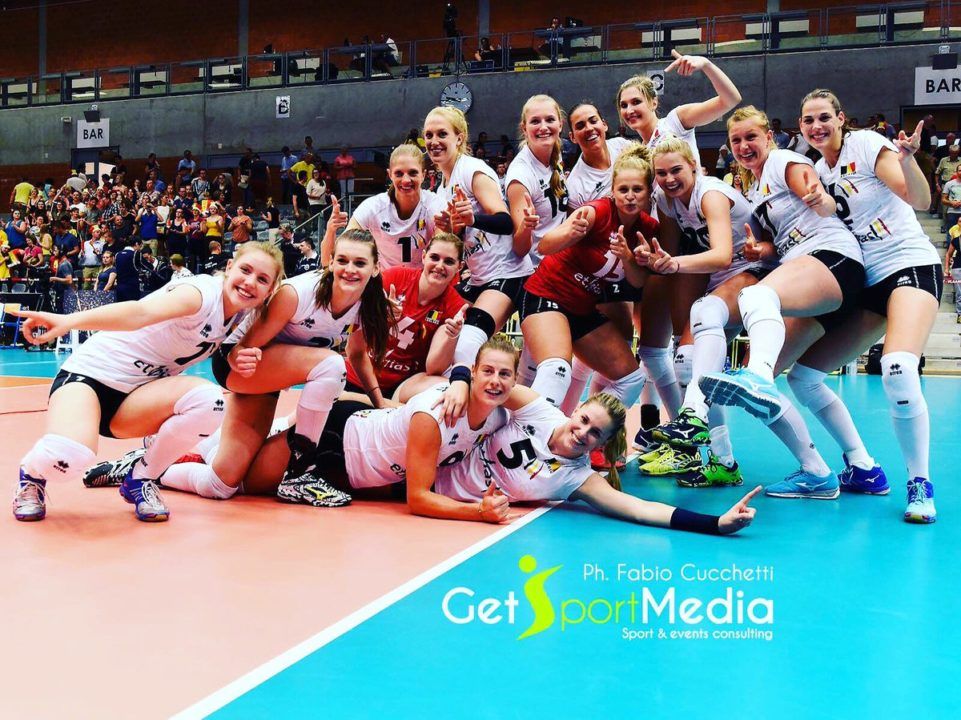 Saturday’s results only solidified the fact that Sunday’s match between Italy and homestanding Belgium will decide the Pool D champion and automatic World Championships berth.

Italy made quick work of Spain and Belgium swept a closely contested match with Bosnia and Herzegovina to set up the finale.

Belarus kicked off the day of sweeps by taking out Latvia.

Ten blocks and 11 aces helped lift the Belarus side to victory. The team posted at least three blocks in each stanza, and served up four aces in Set 2 and five in Set 3 en route to the wins.

Inese Jursone (12) and Jelizaveta Morozova (10) led the scoring for Latvia.

“Coaches are never pleased with the results of their team, but tomorrow we will certainly play our best game,” Italian coach Davide Mazzanti said.

Jessica Rivero paced Spain with eight points, all on kills.

Belgium managed the 3-0 sweep of Bosnia and Herzegovina, but it was not without its harrowing moments.

The Belgians did not face much trouble from the Bosnian side in the other two sets.

“It was a good preparation for the final game, much better than an easy game,” Belgian coach Gert Vande Broek said. “Now, we know that we have to fight and that a good block-defense is essential. We had too many problems in reception, but I’m convinced that we are ready for tomorrow.”

Belgium led all statistical categories, winning the blocking battle 7-5, from the service line 8-6 and from the hitting front 44 percent to 42.

Britt Herbots and Kaja Grobelna put up 14 points apiece, including kill tallies of 13 and 12 respectively for Belgium. Laura Heyrman added 10 points, including a team-leading four blocks.