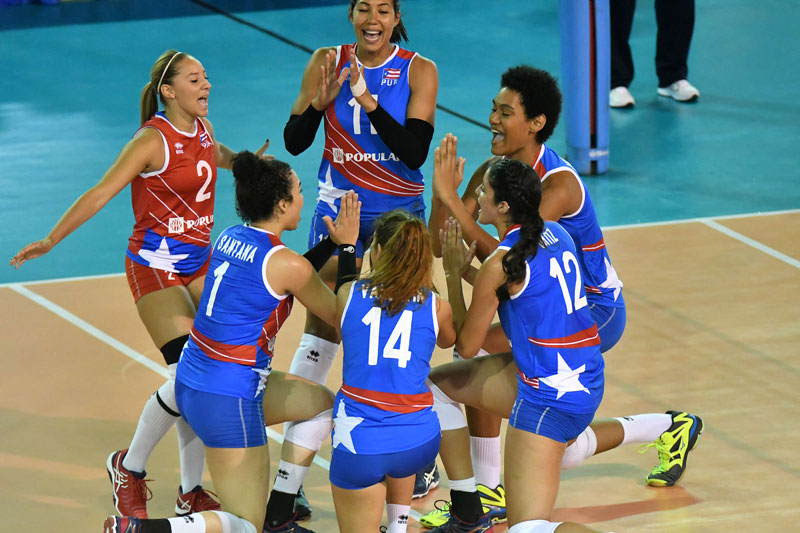 Puerto Rico and the Dominican Republic dominated the competition on Day 1 of Group A play with an eventual spot in the 2018 World Championships on the line.

Puerto Rico served up 21 aces, while allowing just one in the sweep of Jamaica. The victors also racked up 37 kills to Jamaica’s 11. Jamaica did win the block 6-1.

“I am not satisfied about how we closed the match,” Puerto Rican coach Javier Gaspar said. “I think we didn’t have energy and the players who are supposed to provide didn’t do it. I think the nervousness affected the girls in the third set after dominating comfortably the two first frames. We need to improve those details in order to maintain the option of achieving our objective without complications.”

“We played against a team that is among the top 15 in the world,” Jamaican coach Ricardo Chong said. “They showed a strong service game and good defense which created problems in the first two sets. In the third set we reduced the mistakes and y team played more relaxed, but we need to continue working and learning.”

Aiko Jones was the top scorer for Jamaica with six points, including four kills and two blocks. Breanna Atkinson added five points, with four kills and a block.

The Dominican Republic notched 22 aces and outdid Guatemala 30-13 in kills en route to the Day 1 sweep.

“We knew the opponent was tough due to their level of competition,” Guatemala coach William Fernandez said. “A team with a lot of power and we had problems with our reception. We have to work in our reception for the next matches.”

“We didn’t know anything about Guatemala but entered the match well concentrated,” De La Cruz said. “We could develop our game and the reserve players were able to see action. Tomorrow against Jamaica we don’t have information only a little of their match today, but the key is to be focused.”