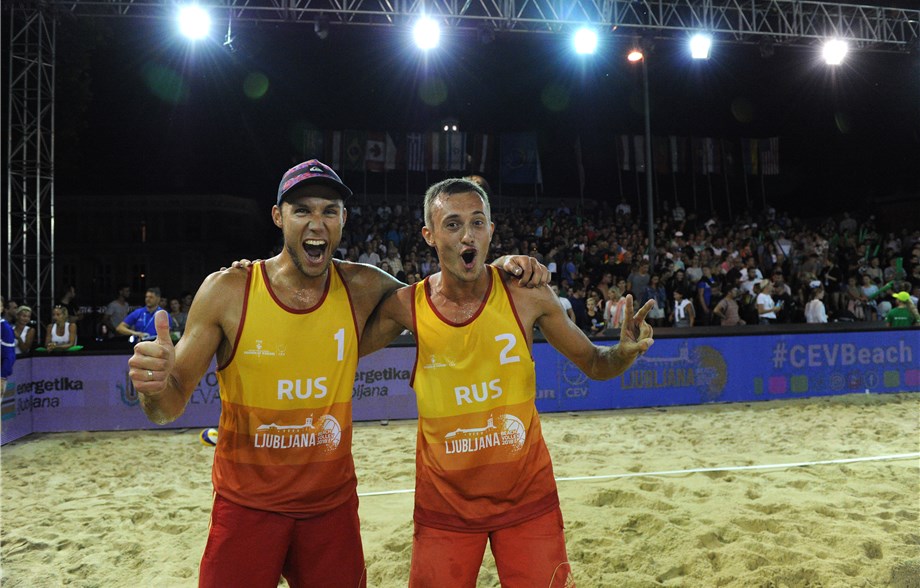 Russians Valeriy Samoday/Taras Myskiv climbed their way from the qualifying rounds to the top of the podium in Ljubljana with seven wins, while Swiss pair Esmee Bobner/Zoe Verge-Depre captured the women's gold. Current Photo via FIVB

Russians Valeriy Samoday/Taras Myskiv climbed their way from the qualifying rounds to the top of the podium in Ljubljana with seven wins, while Swiss pair Esmee Bobner/Zoe Verge-Depre captured the women’s gold.

The runnerup showing was the best finish for Pokersnik/Zemljak since winning the Montpelier One Star on Sept. 9, 2017. In 2018, the pair’s top finish was fourth at the Singapore Two Star on June 24. The duo bounced back with four straight wins after dropping their Pool A opener to Samoday/Myskiv to make the final.

Bozenk/Pokersnik managed their best FIVB effort of the year, topping a ninth-place finish at the Porec One Star on July 8.

The women’s championship came down to No. 5 Swiss duo Esmee Bobner/Zoe Verge-Depre and No. 7 Ukrainians Inna Makhno/Iryna Makhno. Bobner/Verge-Depre picked up the gold with a 21-16, 21-17 victory. 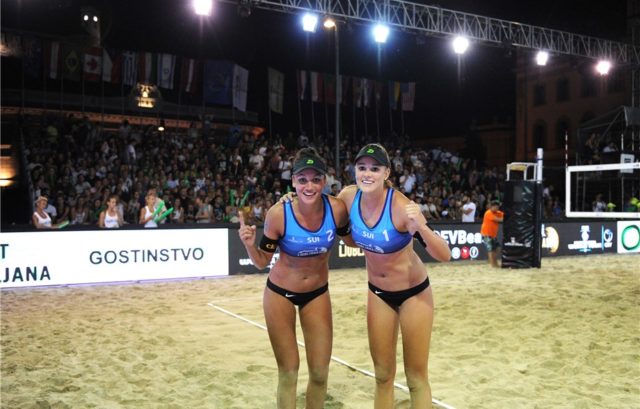 It was the first FIVB medal of the year for Bobner/Verge-Depre, who placed fourth at the World University Beach Championships on July 13. The Swiss duo won Pool D and went on to take all five of their matches in straight sets.

The silver medal marked the second FIVB podium finish of the year for the Makhnos, following a runnerup finish at the Porec One Star on July 8.

Skarlovnik/Pesic earned their best FIVB finish ahead of a 21st place effort in their World Tour debut in Porec last month.

Roberts/Field, who were making their second FIV appearance following a 17th-place showing at the Haiyang Three Star on July 22, dropped both of their Pool B matches. The pair fell to homestanding Ziga Kumer/Rok Mozic 20-22, 21-19, 16-14 and Czech duo Jindrich Weiss/Martin Tichy 21-14, 21-19.

Fuller/Melville fell 22-20, 21-19 in the opening round of qualifying, playing in just their second FIVB Tournament together following a fifth-place effort at the Manila One Star on May 6. 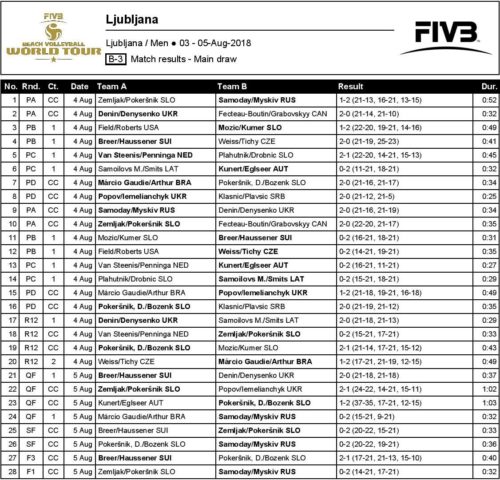 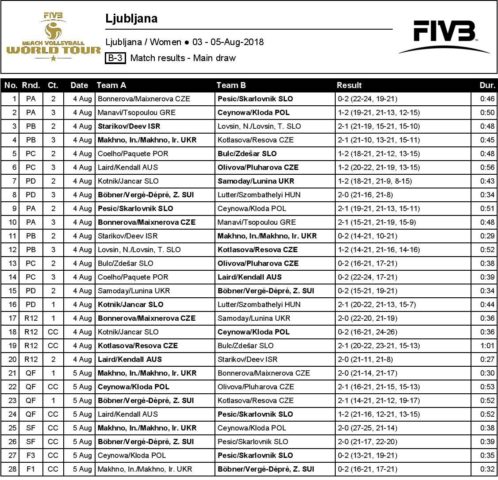