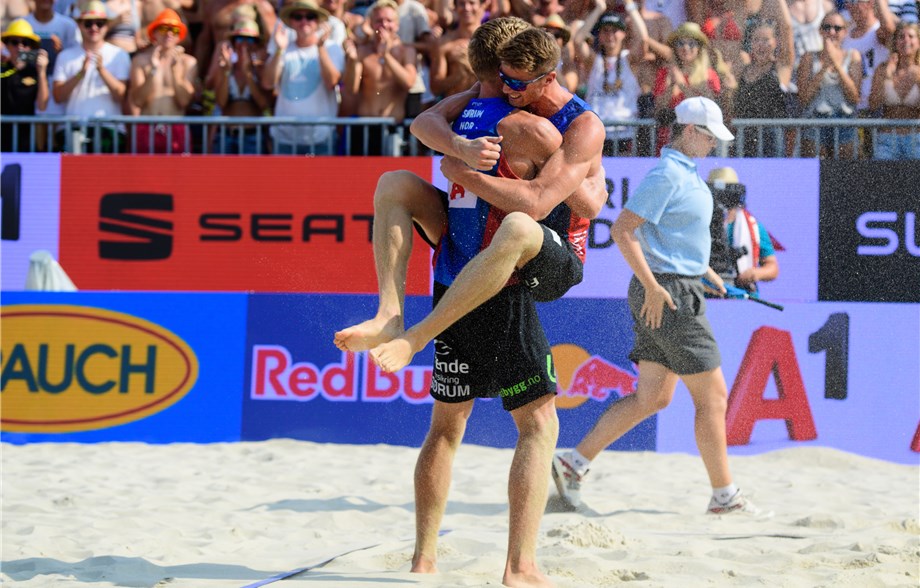 The third seeded Norwegians won the Gstaad Beach Major title and followed that with the gold at the CEV Beach Championships two weeks ago. The pair also reached the podium at the Itapema Four Star on May 2 as the runnerup.

“Our side out was really good and Anders had some really nice blocks that helped us,” Sorum said.  “We also served well and that was important. We are just having a lot of fun every time we play.”

No. 14 Fijalek/Bryl, secured their top FIVB finish of the year, ahead of fifth-place efforts at the Doha, Xiamen and Warsaw Four Star events. The Polish side went 1-1 in Pool C, but did not play Mol/Sorum due to the modified pool play format. The pair lost its first match of the tournament, but won five in a row to reach the final, playing through both elimination rounds and the quarterfinals.

Cherif/Tijan notched their second podium finish of the year, following a bronze medal at the Doha Four Star on March 10. The pair from Qatar began the tournament in the qualifiers and won six straight matches en route to the semifinals, two in the qualifying rounds, two in pool play and two in knockout rounds.

In the semifinals, Bryl/Fijalek and Mol/Sorum won via sweep, with the Poles dispatching Cherif/Ahmed Tijan 21-15, 21-17 and the Norwegians downing Brouwer/Meeuwsen 21-18, 21-18. 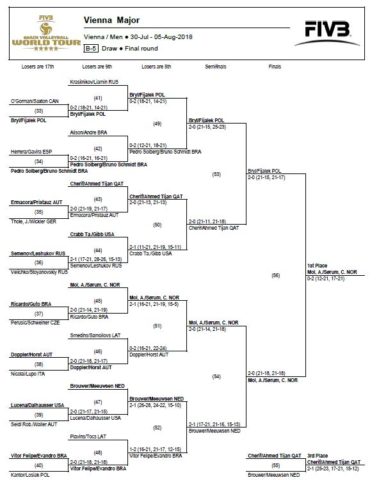