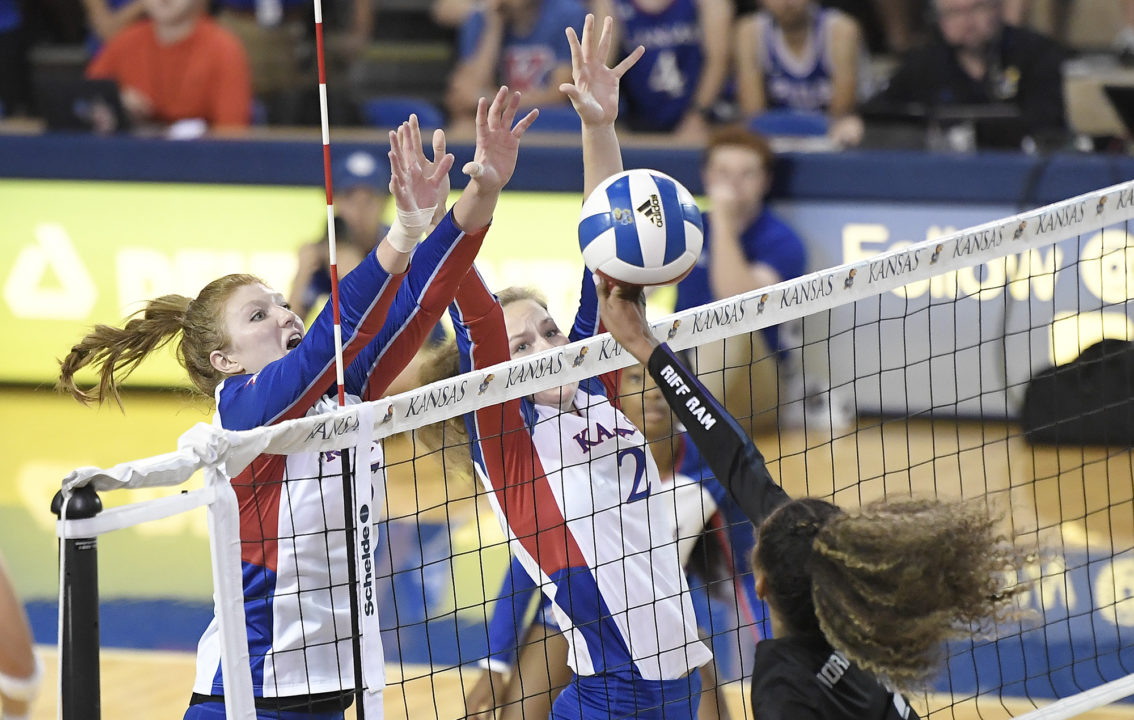 Freshman middle blocker Rachel Langs was a key factor in Kansas' five-set win over Oklahoma on Wednesday night, racking up a school record 14 blocks to go with 10 kills. Current Photo via Kansas Athletics

Freshman middle blocker Rachel Langs was a key factor in Kansas’ five-set win over Oklahoma on Wednesday night, racking up a school record 14 blocks to go with 10 kills.

Langs’ net defense was a big part of the Jayhawks’ 20 team blocks, which marked just the second 20 block effort in the rally scoring era (since 2001).

Lang’s blocking haul marked the most for a Jayhawk player since Tayler Soucie notched 13 in a five-setter against Oklahoma on Nov. 29, 2014.

RECORD BREAKER! Rachel Langs set a #KUvball record for blocks in a match with 14 at Oklahoma on Wednesday night #RockChalk pic.twitter.com/x5Syt4aaId

Langs previous season high of eight blocks came against Loyola Marymount, Sept. 8 and Drake on Sept. 18. She has tallied 49 total blocks on the season, including five or more on five occasions.

Langs’ performance on Wednesday  left an impression on her coach.

“We are so happy for Rachel — 14 blocks is not something you see often in this game,” head coach Ray Bechard said. “For her to rewrite our record books after just a few matches as a freshman says a lot about what she brings to our team.”

With the win over the Oklahoma, Kansas moved to 9-4 on the season and 2-0 in Big 12 play. Next up for the Jayhawks is an Oct. 3 match against West Virginia in Lawrence, Kan.