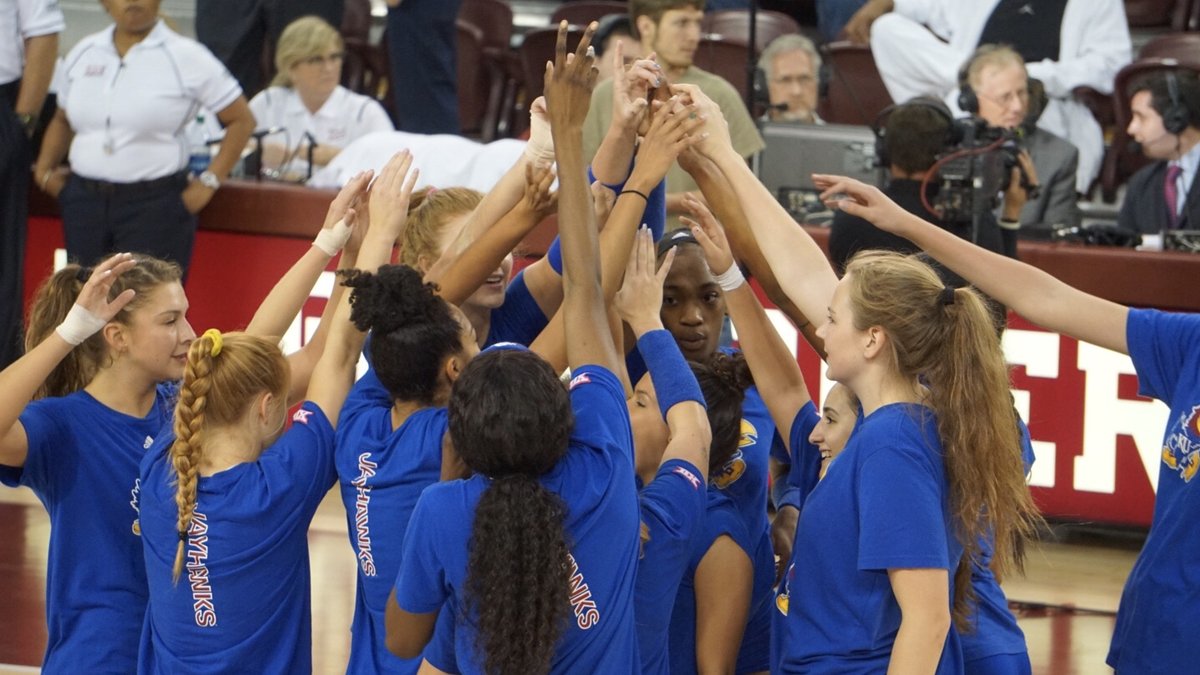 West Virginia opened Wednesday night’s Big 12 slate by picking up its first conference win. The Mountaineers cruised by the Wildcats in three sets, keeping Kansas State winless in the conference. #6 Texas continued its dominance over #18 Baylor at Gregory Gymnasium. The Longhorns forced 41 total errors from the Bears to pick up their second win of the Big 12 season. Finally, in the match of the night, Kansas overcame a 2-1 set deficit to knock off Oklahoma on the road in five sets.

Playing on the road in Norman, Oklahoma, the Kansas Jayhawks battled back to defeat the Sooners in five sets Wednesday night in a wild match.

Oklahoma controlled the opening set and then held off a late Kansas rally to go up 1-0 with a 25-22 win. In the second, the Jayhawks were the aggressor. Kansas built and sustained a four-point cushion for most of the set before a 7-2 run helped it grab the set 25-16.

Kansas controlled the early part of the third but an 8-1 run by Oklahoma put the Sooners in front, 20-13. Oklahoma then closed the door on the Jayhawks, taking the set 25-18.

The fourth set was highly contested until a 5-1 spurt gave the Jayhawks a 15-12 lead. The Sooners continued to battle, but it wasn’t enough as Kansas evened the match and forced a fifth set.

In the fifth, Oklahoma came out and grabbed the early lead, but a 7-1 surge put the Jayhawks in the driver’s seat. The Sooners kept it close, but in the end it was Kansas standing victorious, 15-10 in the fifth.

🎥 All the highlights from tonight's 3-0 sweep over Kansas State! #HailWV pic.twitter.com/s4zRpV44iI