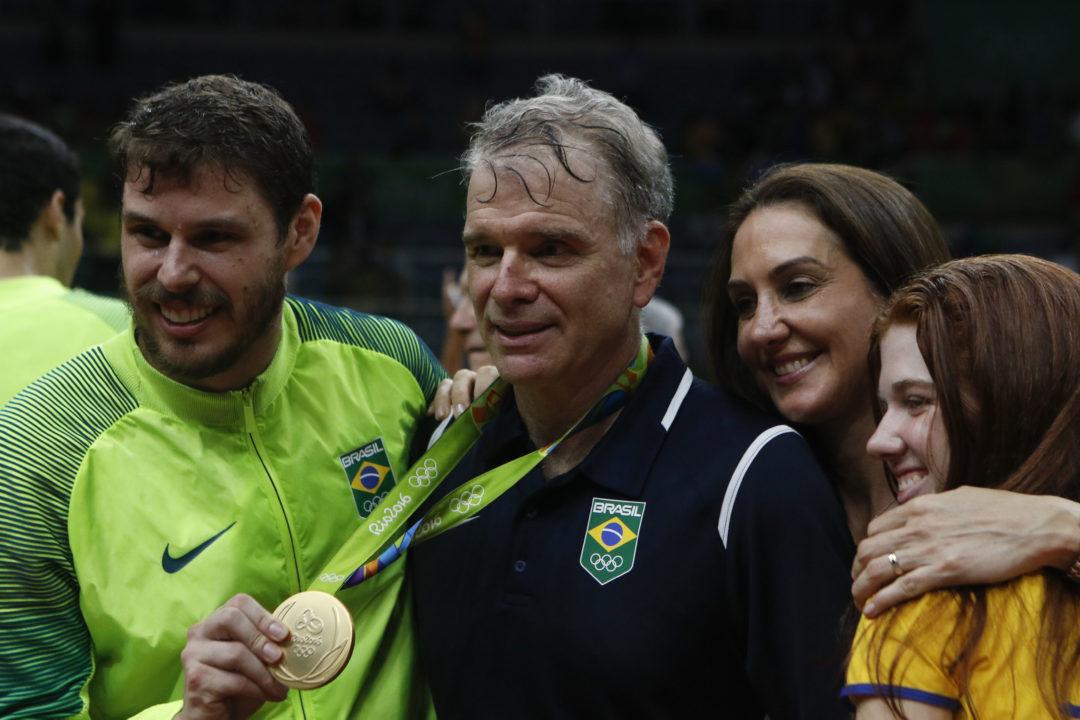 The 3 latest additions all play for the club Sesi after the club’s elimination in the semi-finals of Brazil’s Superliga this weekend. Douglas Souza will report on May 2nd, while the other two will arrive at the team’s camp at the CDV in Saquarema, Rio de Janeiro, on May 8th.

The two Souzas, Douglas and Mauricio; the setter Bruninho; and the middle blocker Lucão were all members of the team so far that participated at last summer’s Olympic games where the team won gold.

41-year old retired/un-retired libero and Rio MVP Sergio Santos, who still has 1 more season of professional play, is also a member of Sesi, but was not immediately named to the World League squad in the departure of his club from the domestic league season. That torch appears to have been passed to Brendle.

The core of that Olympic squad is still in tact, even without Santos. The tournament’s named best setter, Bruno, is on the squad. Brazil’s other two members of the Olympic dream team, Ricardo Lucarelli Souza and Wallace de Souza, are both members of Brazilian club Funvic Taubaté, who will play Sada Cruzeiro in the Brazilian Superliga final.

Eder Carbonera (Funvic), William Arjona (Sada Cruzeiro), and superstar opposite Evandro Guerra (Sada Cruzeiro) are other players who could be called up at the completion of that championship season.

Brazil will open the World League from June 2-4 in Pesaro, Italy in a pool with Poland, Iran, and a massive Olympic-final rematch against Italy on June 4th.