Morgan averaged 4.44 kills and 1.11 blocks per set for Rice as the team split weekend matches with UTEP and Louisiana Tech. In a five-set loss to UTEP, the Crowley, Louisiana, native racked up a career-high 21 kills, while hitting at a .571 clip and adding six blocks and two aces. In a four-set win over Louisiana Tech, the sophomore notched 19 kills, while hitting a .552 clip and chipping in four blocks and four digs. 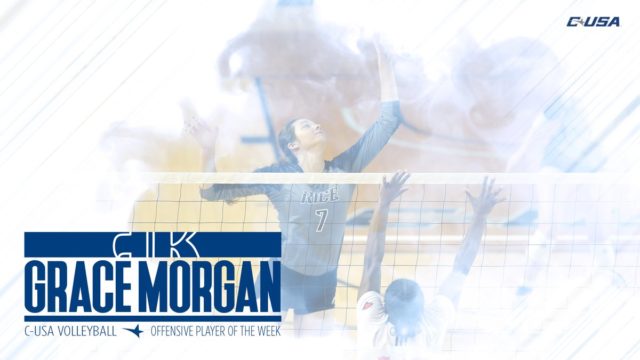 Walker put down 4.86 kills per set on a .258 hitting effort and registered 3.29 digs per set as Marshall swept Middle Tennessee and fell to Charlotte in four sets. The Gainesville, Florida, native started the week with 16 kills and a .500 hitting effort against the Blue Raiders. The sophomore posted a 21-dig, 18-dig double-double in the loss en route to her first weekly league accolade. 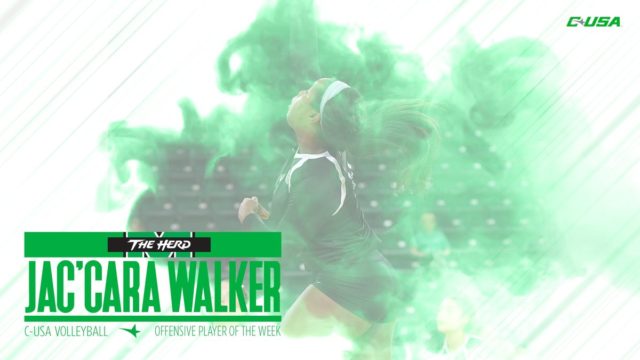 Western Kentucky right side hitter Sydney Engle picked up her second straight Defensive Player of the Week nod, averaging 3.12 digs, 2.62 kills and 0.62 blocks per set, while hitting .395 as the Lady Toppers swept Florida Atlantic and Charlotte. The Floyds Knobs, Indiana, native registered eight kills and 13 digs against FAU, before wrapping up the weekend with a 13-kill, 12-dig double-double, her first of the year, to go with a stellar .772 hitting effort. The senior also notched five blocks and three aces for the week. 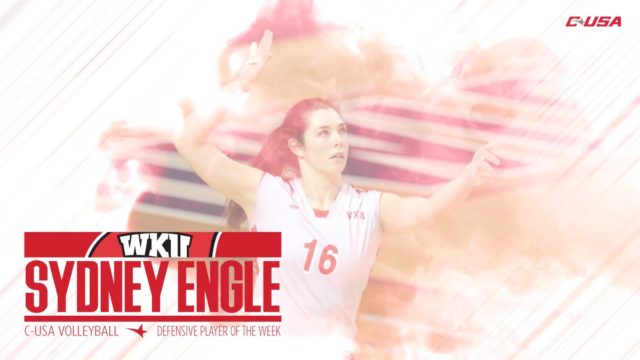 WKU’s Jessica Lucas continued her domination of the C-USA Setter of the Week award, earning her fourth straight and the 16th of her career. The senior guided the Lady Toppers to a .414 hitting percentage, dishing out 13.0 assists per set, while also chipping in 2.0 digs per set and two aces. The Seymour, Indiana, native set WKU to a .388 effort against FAU and a .447 clip against Charlotte. 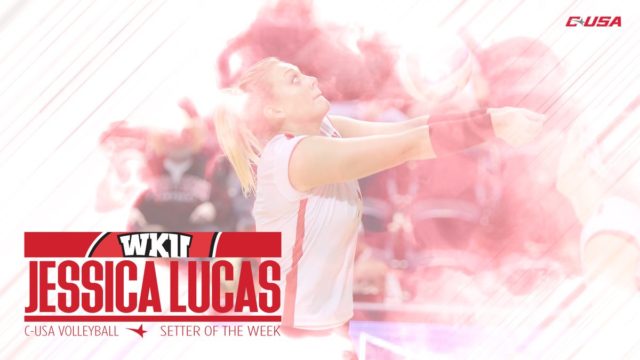 Rice outside hitter Nicole Lennon earned her third Freshman of the Week accolade and second in a row, tallying 3.11 kills and 3.33 digs per set. The Katy, Texas, native notched double-doubles in both of the Owls’ matches, posting 16 kills and 18 digs against UTEP and 12 kills and 12 digs against Louisiana Tech.