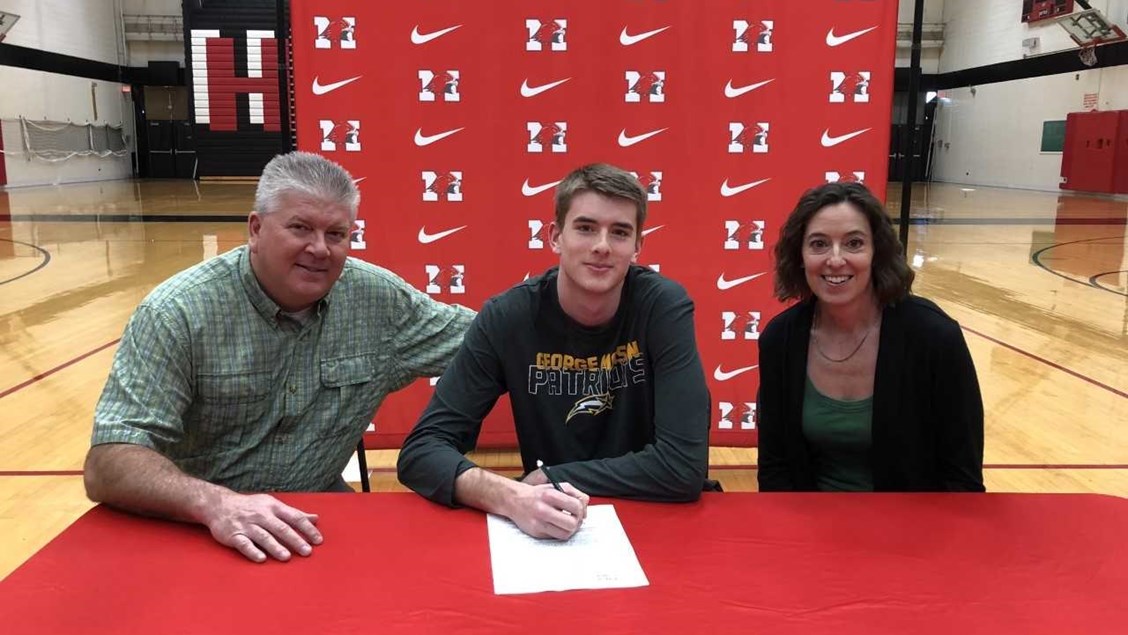 Richie Hoff is a 6'3" outside hitter from suburban Chicago. Current Photo via George Mason Athletics

Have a college commitment to report in men’s, women’s, or beach volleyball to report? Send it to [email protected]

George Mason had a history-making year in men’s volleyball. They won their first outright EIVA regular-season title since 1985, Brian Negron was named the conference Player of the Year, and head coach Jay Hosack was named the EIVA Coach of the Year. While the Patriots’ season ended in the EIVA semi-finals, short of the NCAA Championship tournament, their momentum didn’t stop. On Tuesday, they announced the addition of Richie Hoff to their incoming class for the 2018-2019 school year.

“We are very excited to have Richie sign in the spring NLI signing period,” head coach Jay Hosack said. “He has a very good arm, a good vertical jump and will bring a high volleyball IQ to our team. We look forward to watching his progress once he gets here, and integrating him into our program.”

Hoff, who plays scholastically at Maine South High School in suburban Chicago, is a member of the USA High Performance Youth Continental Red Team, who he will play with in July before heading to George Mason.

A 6’3″ outside hitter, Hoff is the nephew of 3-time U.S. Olympian Thomas Hoff, who was named a captain of the U.S. Men’s National Volleyball Team in 2005 as a middle blocker and wound up leading the team to gold at the 2008 Summer Olympic Games in Beijing.

He joins a class that includes 3 other freshmen who signed their letters of intent in November, marking the second-straight season in which George Mason has a 4-player class.