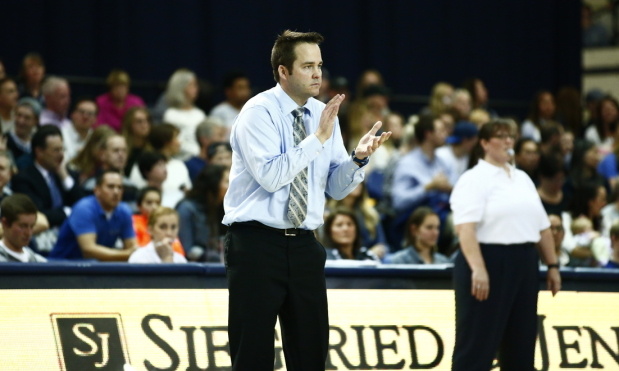 Brigham Young University Head Coach Shawn Olmstead was named MPSF Coach of the Year after guiding the 2018 Cougars to their seventh MPSF Championship, and second in the last three years. Current Photo via BYU Athletics

The Cougars are making their first-ever stretch of three-straight NCAA Tournament appearances, all under the watch of Olmstead. Entering the NCAA Tournament, BYU has an MPSF-high .786 win percentage (22-6) with over 20 wins for the third-straight year.

BYU began the year with a 5-4 record and proceeded to win 17 of 19 matches through the MPSF Championship. BYU also won the MPSF’s regular season outright with 10 wins (.833).

BYU placed five players on the all-conference teams, including matching a high of four on the first team. Gabi Garcia Fernandez was named the MPSF Freshman of the Year and was one of just two first-year players to earn first or second team recognition combined, while Brenden Sander earned MPSF Tournament Most Valuable Player.

Backed by a 22-6 overall record and an MPSF regular-season and tournament championship, the Cougars are returning to the NCAA tournament for the fifth time in six years. This is first time BYU has ever been to three-consecutive NCAA tournaments.