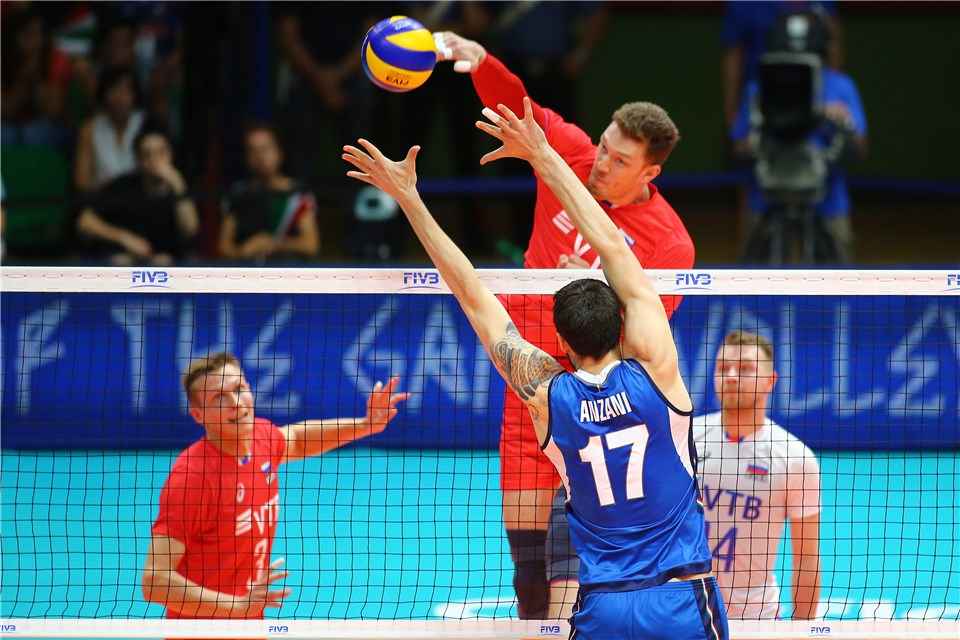 Dmitriy Muserskiy will headline a strong lineup for Russia in the VNL Final Six. Artem Volvich and Maxim Mikhailov are also on the roster in Lille, France.  Current Photo via FIVB

As the Volleyball Nations Champions will be crowned this weekend, Russia has some accomplished names on their roster that have not played yet in the tournament. Maxim Mikhailov and Artem Volvich were both on the roster in Modena during Week 5 of the competition but did not play.  They are back on the roster this week. It will be interesting to see if they get used in the Final Six as a way to get them matches before the World Championships at the end of September. Their additions to the lineup could also improve their chances at winning the inaugural edition of the VNL. They might also decide to stick with the players that got them to a 2nd place finish in the Preliminary Round. Russia has a tremendous amount of depth, and players tend to emerge as stars in situations like this one.

One name that is not a surprise to see on the roster is Dmitrity Muserskiy. The middle blocker had a phenomenal Preliminary Round. He was 5th on the list of top scorers, unheard of for a player in his position. Muserskiy has scored 185 points and is the 2nd-leading scorer of players who reached the Final Six. He is the most efficient in attack and 4th-best blocker.

Egor Kliuka has had a successful run at outside hitter in the VNL. The outside hitter finished 7th on the list of top scorers with 177 points on 147 kills, 18 blocks, and 12 service aces. Dmitry Volkov is another regular for Russia in big competitions who has played sparingly in the VNL. He is included this week with Anton Karpukhov. The two players have contributed 55 and 102 points respectively for Russia thus far.

If Volvich dooes make his way into the starting lineup, he will push Ilia Vlasov to the bench. Vlasov had a strong Preliminary Round, finishing with 92 points in the middle. He was the 5th-best blocker with 0.50 blocks per set (25 total). Vlasov also contributed 66 kills and a service ace.