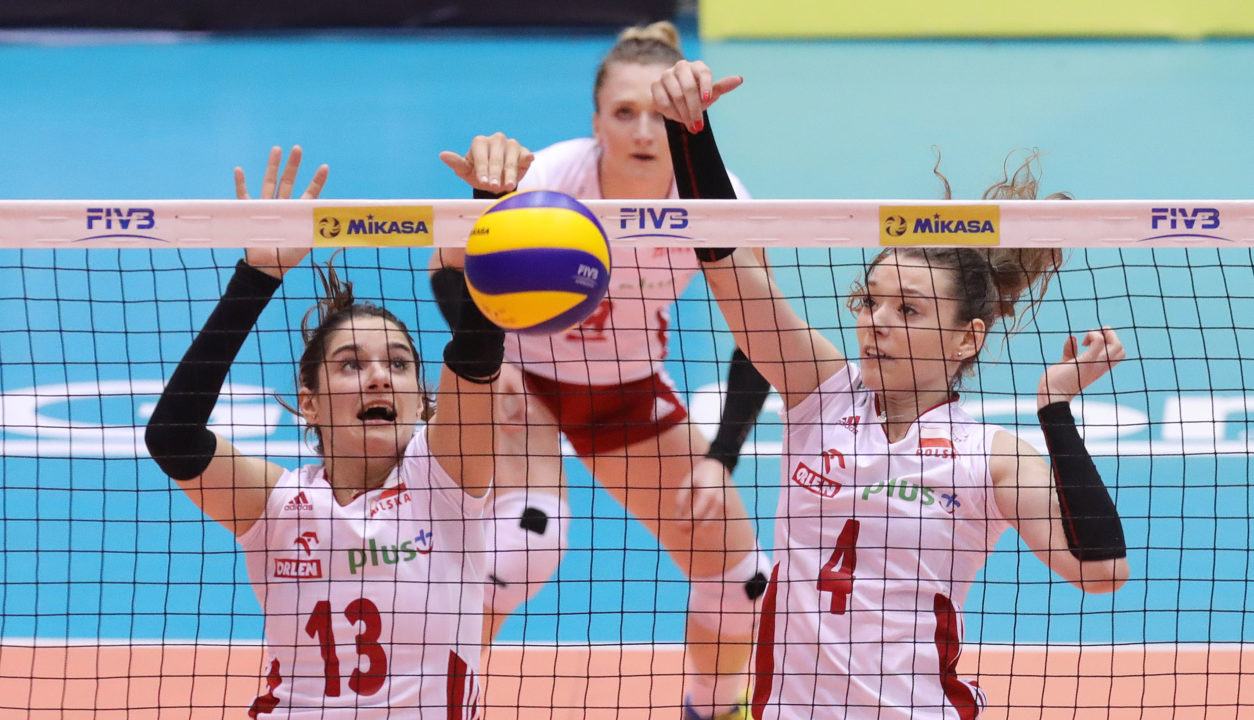 Russia edged Turkey in four sets in an fairly even match, while Poland blew out Brazil with help from offensive and blocking prowess.  Current Photo via FIVB

Russia edged Turkey in four sets in a fairly even match, while Poland blew out Brazil with help from offensive and blocking prowess.

Four Turkish players scored in double digits, but it was not enough to lift the team past Russia in a hard-fought four-set match. The Turkish side won Set 3 25-13 to make up the point differential, as each scored 88 points in the match.

Angelina Lazarenko led the way for Russia with 13 points, including a team-best five blocks and two aces. Anna Kotikova added 12 points, while Maria Vorobyeva chipped in 10 points. Both Kotikova and Vorobyeva put down a team-leading nine kills.

Forty kills and 14 blocks lifted Poland to its third straight victory, this one over Brazil in the Top Eight on Tuesday.

The Polish side outdid the Brazilians 40-25 in kills and 14-9 in blocks and had one less error (17-16). Brazil served up five aces, while allowing four.