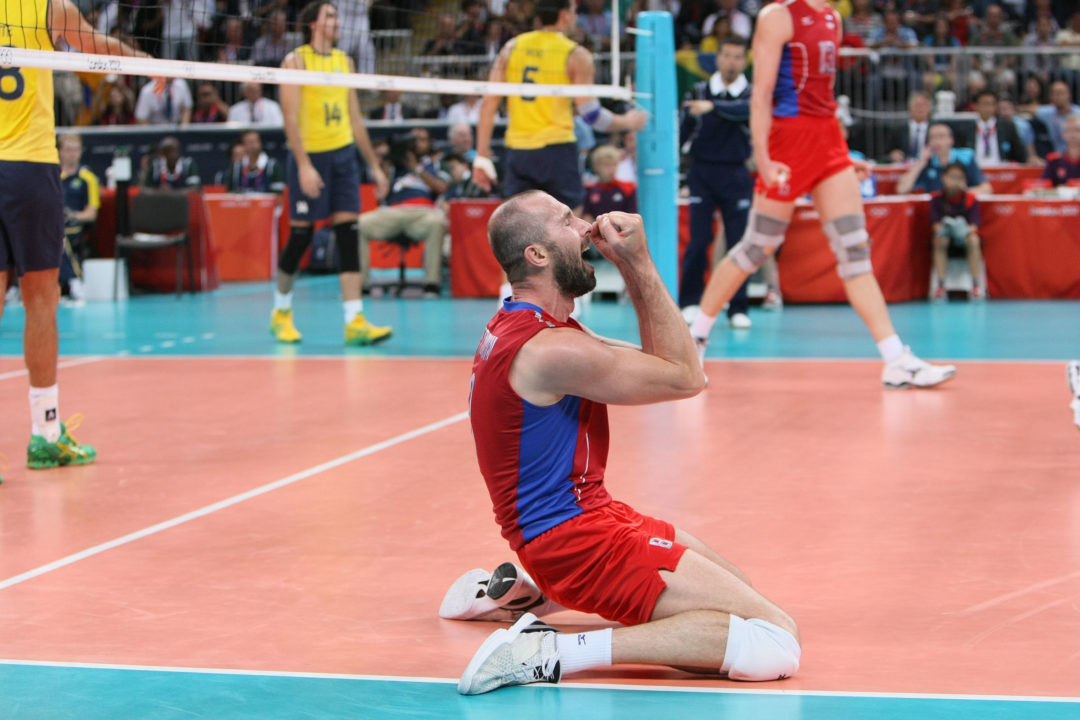 Legendary Sergey Tetyukhin, who during years captained Russia’s men’s national team, has announced his retirement, according to the FIVB. The 42 year old, who currently plays for Russia’s Belogorie Belgorod, has participated in 6 Olympic Games, a volleyball record he shares with fellow Russian Yevgeniya Artamonova. After his first participatin in 1996, he medaled in 4 of them, Gold at London 2012, Silver in Sidney 2000, and Bronze at Athens 2004 and Beijing 2008. Tetyukhin was also flagbearer for Russia in the Opening Ceremony of Rio 2016. That same year he was named Volleyball Ambassador of the Year by the European Volleyball Confederation (CEV).

“I’m finishing my career. It turns out that the return match CEV Cup’s Finals and the matches for positions 5-8 of the Superleague will be the last for me. All athletes have to finish their career – no matter how great or not they may be. There comes a time when you have to tell yourself ‘stop’. This moment has come for me, and I’m okay with that. After some time, all the years in the sport take their toll in your body. The organism starts to react worse and worse to some injuries, and you just feel them everyday. I understand that it’s not worth it. I think the moment has come. It’s time to leave and give the youth the opportunity to develop peacefully.”

At the club level, Sergei has won the CEV Championships an astounding 4 times, also winning the Russian Championship a mind-boggling ten times. His best years came with Belgorod, and it’s safe to say his legend will live on in the team: Tetyukhin’s two sons, Ivan and Pavel are staples of the youth and junior quads in Belogorie and the country’s national teams, and over the last couple of seasons Sergey has occasionally competed alongside 21-year-old Ivan in Belogorie’s top team.