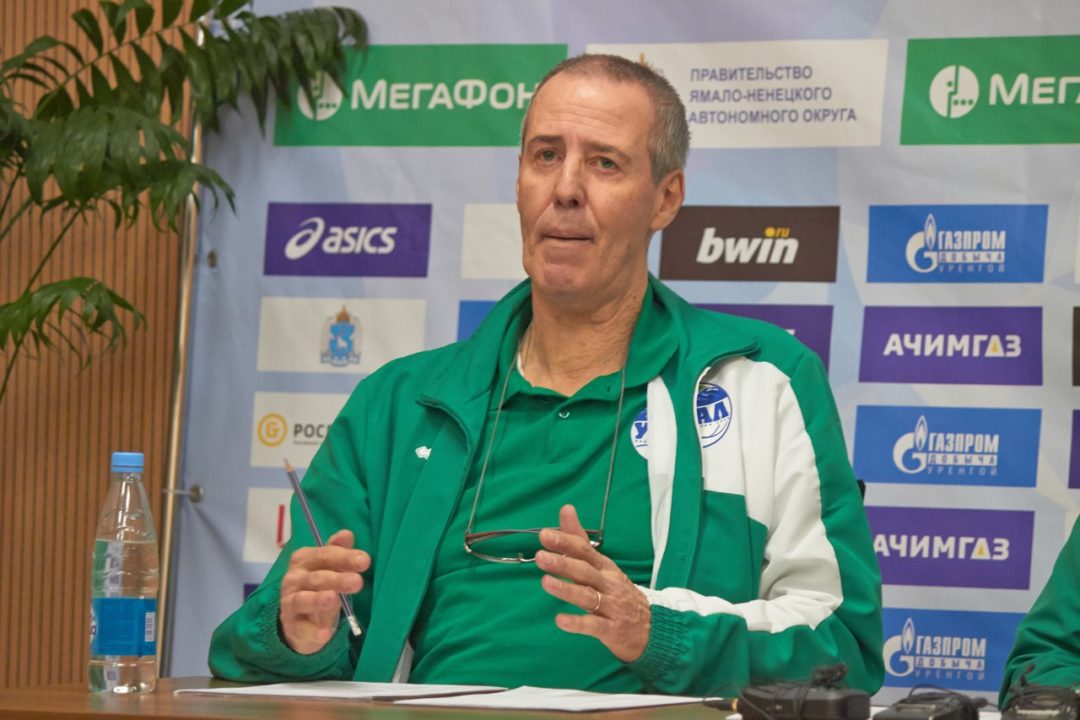 A polo shirt and a track suit has been the typical attire of head coaches in the Russian SuperLeague. Archive Photo via UralUfa

The Russian Volleyball Federation has instituted a new dress code for coaches in the SuperLeague for the 2018-2019 season. While polo shirts and track suits have become the standard, starting next season, head coaches will be required to dress up in suits for games in the Russian Championship and Russia Cup.

The coaches from Belgorod tried the suits for 2 games last season, but in December their coach Gheorghe Cretu was let go, and that was the end of that experiment.

Zenit Kazan were the champions of Russia and Europe last season, but will have a very different-looking team when they return from the summer international season. The headline difference will be one all-world outside hitter Wilfredo Leon leaving and another, Earvin Ngapeth, arriving.

The 2018-2019 Russian Men’s SuperLeague will begin in early October, later than most years because of the FIVB World Championships that run through September 30th.