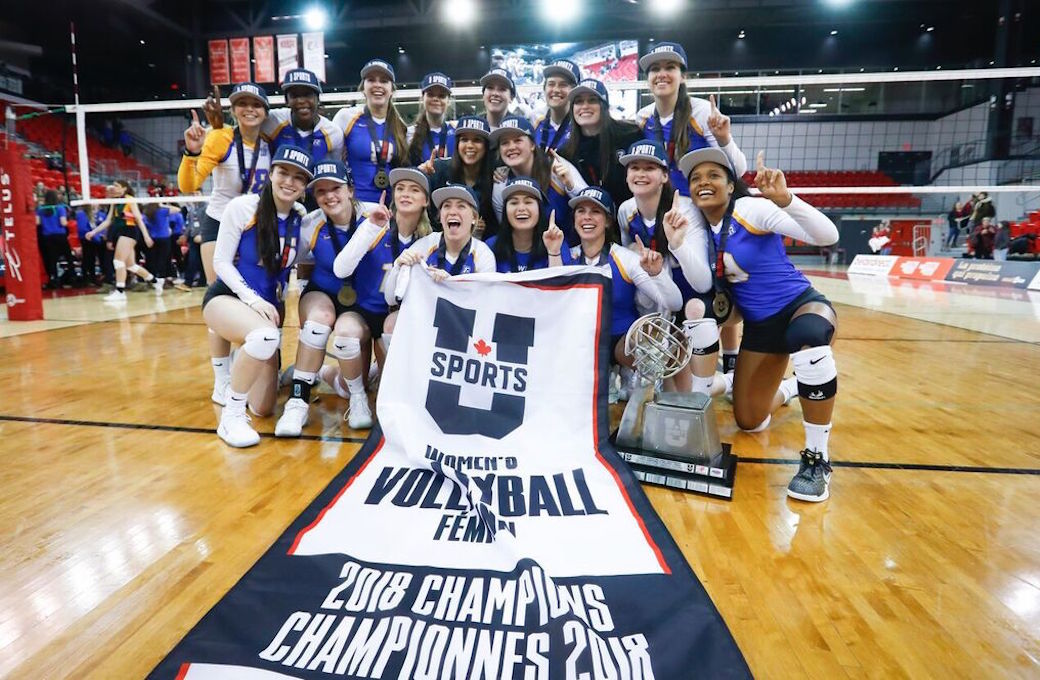 Ryerson University completes a perfect season, going 3-0 in the U Sports Women's Volleyball Championships after a 19-0 regular season finish.  Current Photo via usports.ca

What do the Miami Dolphins, Connecticut Huskies, and Ryerson University have in common? None of them lost a single game on their path to winning the title in their respective sports. If you’re not used to seeing Ryerson University on that list, you wouldn’t be the only one. The commuter school located in downtown Toronto hadn’t won a national championship in any sport before their historic victory. That changed Sunday when the University of Alberta Pandas were the last victims on Ryerson’s path to the gold medal. Theanna Vernon was a standout player for the Rams, racking up 11 kills and assisting on 13 blocks on her way to a tournament MVP award. Lauren Veltman, the 2nd-year outside hitter,  was also a key component for Ryerson, scoring 20 times in 66 tries. Alberta’s 9 aces weren’t enough to prevent their 2nd consecutive silver medal at the championships. Players of the match were Theanna Vernon for Ryerson and Eryn Orrysiuk for Alberta.

Ryerson coach Dustin Reid had this to say about the match: “It was a crazy game. Alberta, I thought played better than us through much of the game and we managed to get enough distance from them at times to get the sets we needed for the improbable comeback in the fourth set there,you know I think we had a really nice, but direct and harsh lesson about the level of play at the national championships last year. Not just in playing but in watching and observing some amazing teams fighting for the championship at the tournament. We didn’t start the season thinking that we were going to be in this spot, early in the preseason I think we thought we could be a strong team. We kept improving and we have a lot of young players in important roles who are still learning how to perform so I think it says a lot about the chemistry that we have that we played this well. It’s hard to imagine at the moment.”