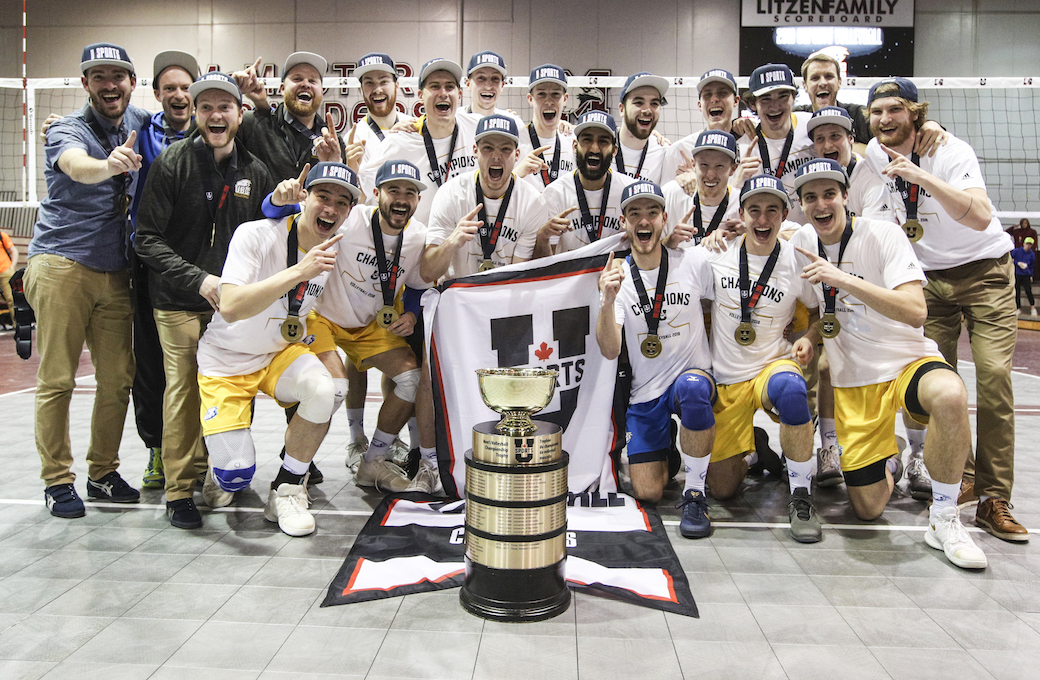 The UBC Thunderbirds capped off an incredible season with one of the biggest statements you can make in men’s college volleyball right now: they beat the Trinity Western Spartans. The Spartans, who won the competitive CanWest conference over UBC and were winners of the last 2 U Sports men’s volleyball championships, were the #1 seed and expected to 3-peat going into the tournament. The Thunderbirds didn’t even let it get close though. Led by veteran setter Byron Keturakis and first-year opposite hitter Fynn McCarthy, UBC won the first two sets in convincing fashion 25-22 and 25-18. While the third set was more competitive, a missed game point by Trinity Western and a couple of timely scores from Keith West gave UBC their first U Sports men’s volleyball championship since 1983, a 35-year drought.  Trinity Western’s hitting efficiency was only 16.2%, a far cry from their usual mark and a testament to UBC’s excellent service and blocking game. Eric Loeppky was the player of the match for the Spartans, while Fynn McCarthy won the distinction for the Thunderbirds.

I was lucky enough to attend the tournament in person, and the level of play in U Sports volleyball is incredible right now, which shows in the Canadian men’s teams recent 3rd place World League finish in 2017. Teams are running fast and complex offenses and the players have the size and athleticism to make spectacular plays every point. Can we get an NCAA vs. U Sports tournament already?

In the bronze medal match, the hometown McMaster Marauders defeated the University of Alberta Golden Bears 3-0. This is McMaster’s sixth straight U Sports men’s volleyball medal without a gold. Players of the match went to Matthew Passalent for McMaster and Arran Chambers for Alberta.