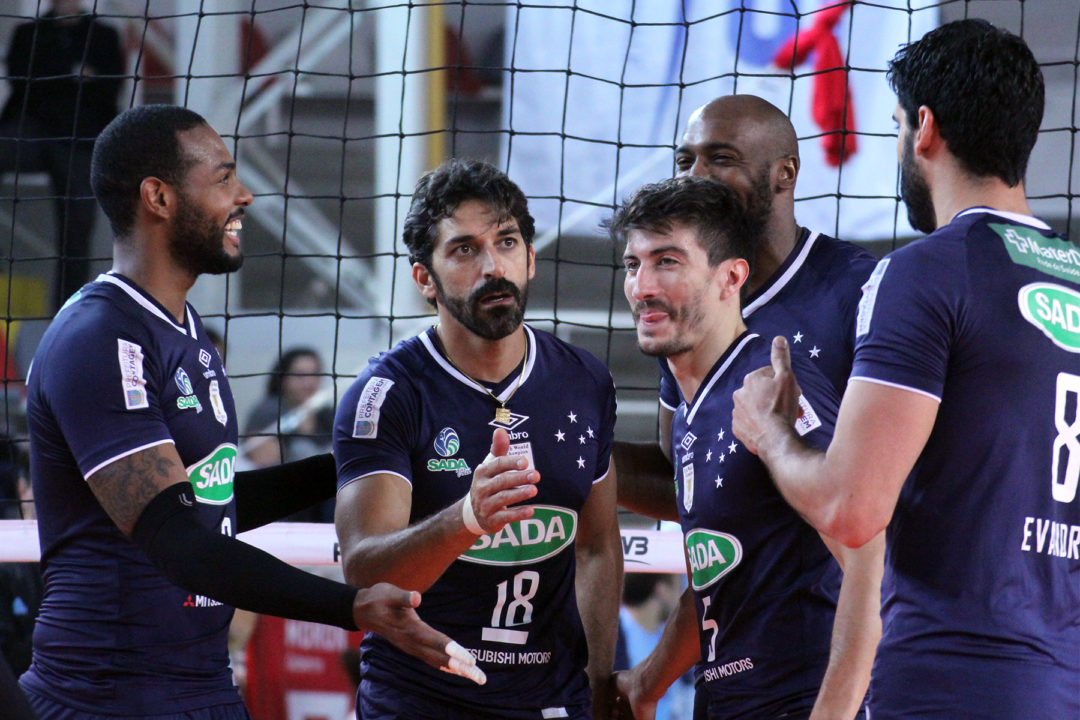 Sada Cruzeiro and Personal Bolívar, two teams that will be competing at this year’s FIVB Men’s Club World Championship Tournament, have just finished playing a series of friendly tournaments in Argentina.

Sada was victorious, with four wins in four matches, two of them against Bolívar, by scores of 3×2 on 09/25, and 3×0 on 09/28. While the tournament is still a couple of months away, these games acted as an opportunity for both team’s to get an early look at the competition they will face in Poland, as well as a kind of preseason for their  domestic league ambitions.

Here is what Sérgio Nogueira, the team’s libero, had to say about the friendlies, according to the team’s official website:

It’s our team tradition to have an international trip every pre-season so all players can spend time together and get to know each other. As always, this time around it worked very well. We got to spend time with each other and really become closer as a team. We had intense training, lots of activities, as the team was really focused on getting ready for the season. We are not used to these many training sessions and games in so little time, but it’s good practice, as the World Championships will be held in a similar schedule. We are going back home as a better team.”