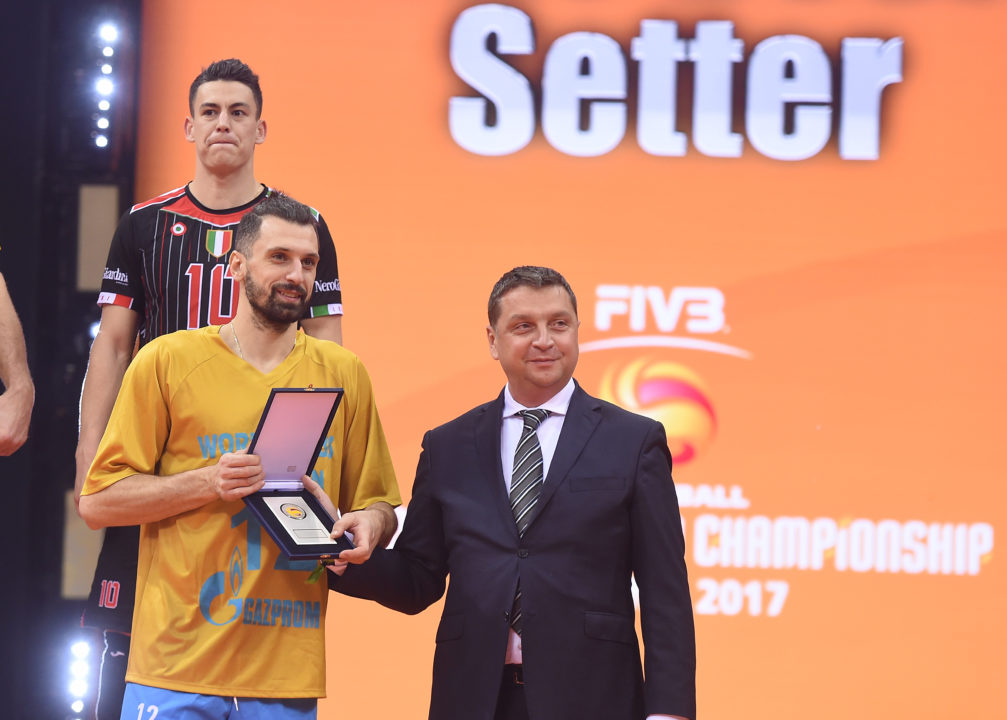 To fans wondering if European teams give the same importance to the FIVB Club WCH as they do to the CEV Champions League, here is what Zenit Kazan‘s captain Alexander Butko had to reveal about Zenit’s motivation to face off again against Brazilian rivals Sada/Cruzeiro, which beat Zenit in the finals of the 2015 and 2016 editions of the tournament, in an interview given to Russian website Championat.com:

After last year’s defeat in Brazil, there was probably not a single day that we did not think about defeating them. And if we were to forget, they would quickly remind us of it (Note: it looks like Sada/Cruzeiro’s twitter game is strong in this). We had double motivation to win the Champions League to get to the club championship again and have another chance at the Brazilians to “finally dot the i’s.”

Butko also stated that the team had special psychological preparation for the tournament:

Psychology is one of the most important components in volleyball. In contact sports you can hit an opponent, put physical pressure on him. In volleyball, you can only pressure an opponent psychologically. On the court, this struggle of two psychologies is always felt. It is important to be confident in the most difficult moments. Our team has the psychological profile of winners, and this is one of the factors of our success.

All the wait and confiendece paid off, as Zenit Kazan was finally able to beat Sada/Cruzeiro, go to the finals, and win the FIVB Club WCH for the first time in its history. It was the only title missing in Zenit Kazan‘s winning history.

Also on VolleyMob: Zenit Kazan’s coach Vladimir Alekno also had something to say about Zenit’s rivalry with Sada/Cruzeiro