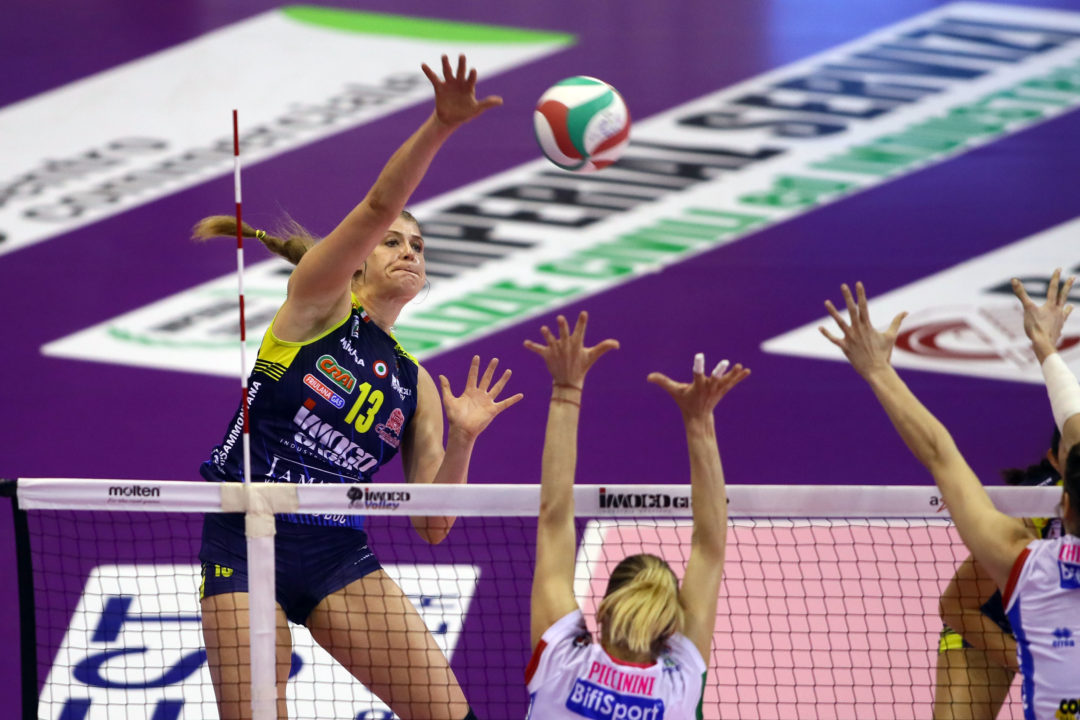 Imoco Conegliano has shown that it believes the old saying that if a team is winning titles, its better not to mess with it Current Photo via Courtesy of Lega Pallavolo Serie A Femminile

Imoco Conegliano has shown that it believes the old saying that if a team is winning titles, its better not to mess with it. After extending the contracts of core pieces Joanna Wolosz, Kim Hill, and coach Daniele Santarelli, it has now announced in its official website that Croatian offensive powerhouse Samanta Fabris will also be with the club for one more season, her 7th in Italy’s A1 league.

After coming back from an injury that sidelined her for most of the season’s start, Fabris played a key role in the team’s title run. In the finals, the averaged 5.33 points per set, including a 31 point outburst in the title-clinching game. Here is how she reacted to the news:

“I have to say that I am delighted to stay at Imoco. There are few teams in volleyball that believe in its players even in the hardest moments. For me it is an honor and a joy to stay in such a club and in a team like this. With the girls we have created a special group and playing at Palaverde is always a joy. Much of the team will remain from last year’s roster, this in my opinion will be important to us because compared to other teams, our group is already tested. However, all A1 clubs are strengthening their squads and are ready to give us a lot of trouble.

For me, last season was beautiful, even if I did not play so much. After suffering a bit at the start of the season with injuries, I found a great pace with the team and maybe I played the best volleyball of my career. The fast game of the team, and Joanna Wolosz in particular, is very beneficial to my characteristics. We gave the audiences a show with our game, I feel really good in this system. I am convinced that we will continue this way also in the next season, satisfying our team and our wonderful public. I miss our fans already. Expect us, we Panthers can not wait to return to Palaverde and to win as much as possible!”