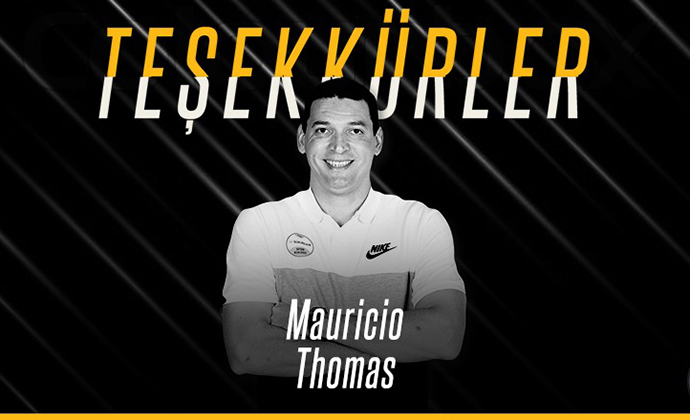 Giovanni Guidetti's right handed man for the 2017-18 season, Brazilian Mauricio Thomas has decided to leave the club to accept a head coach position with a team in his home-country Current

Giovanni Guidetti‘s right handed man for the 2017-18 season, Brazilian Mauricio Thomas has decided to leave the club to accept a head coach position with a team in his home-country. The decision came even after VakifBank won the season’s Turkish Championship and CEV’s Champions League. The team posted a farewell message to him in its official webpage, to which he replied:

“Farewell to Mauricio Thomas. Thank you for everything @mauriciothomasvolei You will be missed. Best luck in the future!”

“I would like to leave my sincere thanks to this great club and all its members. it was an honor to be able to defend this great club and participate in the great achievements alongside a wonderful team. I wish very much in the future to all athletes and coaching staff. Thank you so much for everything.”

However, things in Brazil seem a little dire. The club that inked Thomas, Londrina, which just recently won its promotion to Superliga, was formed out of a club that folded. Now, Londrina too  has lost its main sponsor. There are now rumors in the Brazilian media that the club will have to relocate in order to find the money needed to participate in the tournament. Considering that the team’s last coach, Rogerio Portela, was fired out of nowhere, Thomas might be just a little apprehensive now after leaving the world’s best team, even if at an assistant position, to an uncertain job with an up and coming Brazilian club.