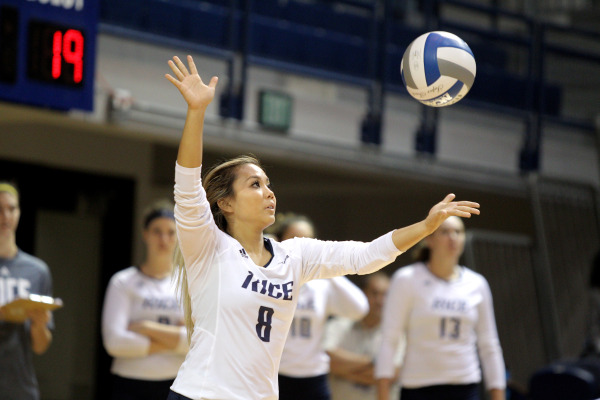 San Diego State has made the addition of Lauren Lee, a transfer from Rice University. A defensive specialist/libero, Lee will be a sophomore in the fall with three years left of play.

The move has yet to be announced by her new school, although she is no longer on the Rice roster and her social media lists her as a member of the San Diego State volleyball. That means it is yet unknown if she will be immediately eligible – likely due to the school year ending and paperwork and such – but it remains likely she will be since she is changing conferences.

A native of Texas, Lee came to Rice after attending Coppell High School. She immediately earned playing time as a true freshman in 2017, notching 268 digs (2.18 per set), 34 assists and seven aces in 123 sets that included 11 matches with 10 digs or more.

The loss leaves Rice, who went 21-9 and 11-3 in the Conference USA in 2017, with two returning players who can play the position.

For San Diego State, the move gives them a fourth defensive specialist/libero plus any other fall newcomers. They are coming off of a 16-15 season in which they went 10-8 playing in the Mountain West. It’s also their fourth transfer addition with junior college outside hitter Emily Burns, setter Camryn Machado from Oregon State and former Utah setter Delaney Taylor.