Sander and Patch in the Starting Lineup for the United States 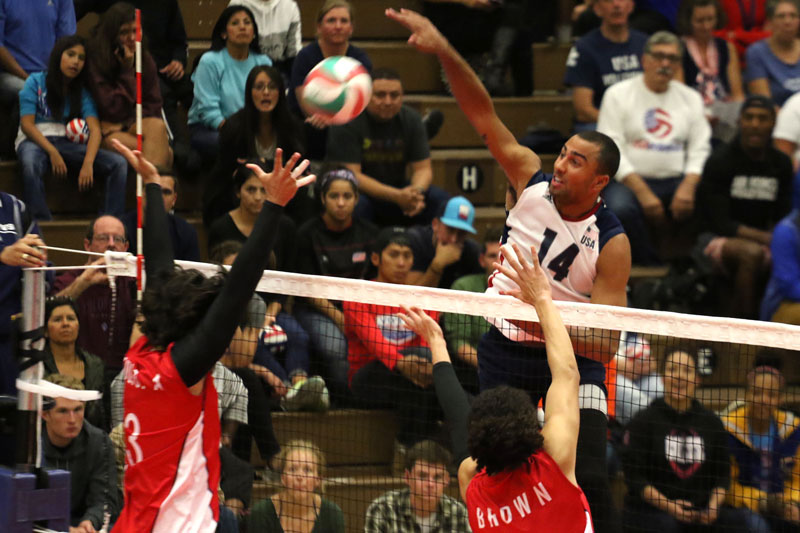 Ben Patch got the start at opposite for the Unite States in their VNL Final Six opening match against Poland. Matt Anderson and Taylor Sander started at outside hitter.  Current Photo via NORCECA

Both Taylor Sander and Benjamin Patch were additions to the roster for the United States coming into the FIVB Volleyball Nations League Final Six. Sander had been absent from the team after the first week of competition while awaiting for the birth of his first child. Patch had been absent the last two weeks due to an undisclosed injury. Both players were included in the roster for the last week of play.

Questions remained as to how each player would be utilized. This has been the first week that the Unite States included all of their best available players on the roster. Would either of them be ready to play in an important match? Would Patch be able to shoulder the duties at opposite while Anderson moves out to the left? Is Patch a big enough asset on the right side to sacrifice Sander or Aaron Russell from the lineup if Anderson is playing outside hitter?

Questions were answered when John Speraw put his team out on the floor in the 1st set in the match against Poland. Sander and Anderson were playing outside hitter, and Ben Patch got the start at opposite. The entire starting lineup is as follows:

It will be interesting to see what Speraw will do if the United States falls behind in the match. At the time of publication, the match is tied at 18-18 in set 1. The United States can clinch a spot in the semifinals with a victory.