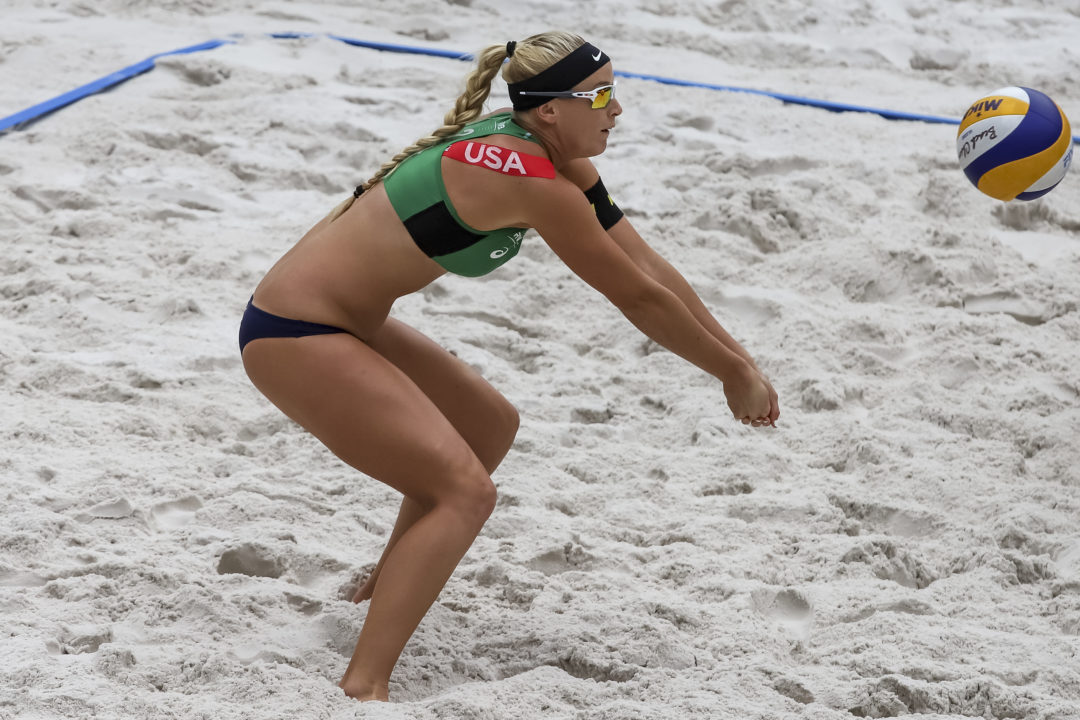 The table is set for Saturday's Round of 16 with pool play and the first elimination round in the books for both genders, with eight of the Top 10 men's seeds and nine of the Top 10 women's moving on. Current Photo via FIVB

The table is set for Saturday’s Round of 16 with pool play and the first elimination round in the books for both genders.

The final two pool winners were crowned on the men’s side to start the day as No. 5 Piotr Kantor/Bartosz Losiak of Poland and qualifiers Konstantin Semenov/Ilya Leshukov of Russia took the Pool E and Pool H titles respectively with straight set wins.

Eight other pool play matches followed to determine the final eight members of the first elimination round. From there, the field was cut from 24 to 16.

Moving on to the final 16 to join the pool winners were teams from seven countries: No. 3 Alexander Brouwer/Robert Meeuwsen and No. 17 Christian Varenhorst/Jasper Bouter from the Netherlands, alongside  No. 8 Ondrej Perusic/David Schweiner (Czech Republic), No. 7 Pedro Solberg/Bruno Schmidt (Brazil), No. 9 Viacheslav Krasilnikov/Nikita Liamin (Russia), No. 12 Pablo Herrera/Adrian Gavira (Spain), No. 13 Martins Plavins/Edgars Tocs (Latvia) and No. 18 Mariusz Prudel/Jakub Szalankiewicz (Poland).

Just two of the eight matches went to tiebreak, with Perusic/Schweiner and Pedro Solberg/Bruno Schmidt each holding on for victory.

Missing from the Round of 16 among the Top 10 seeds are No. 1 overall seed Alison Cerutti/Andre Loyola, who lost their second Pool A match and then fell to Brouwer/Meeuwsen in Round 1, and No. 6 Clemens Doppler/Alexander Horst from Austria.

On the women’s side, the Americans faced off in two head to head battles in the first elimination round with Sarah Hughes/Summer Ross rallying to edge out Kerri Walsh Jennings/Nicole Branagh 18-21, 22-20, 18-16 and Emily Stockman/Kelley Larsen bested Lauren Fendrick/Lane Carico in straight sets to move on.

“We are feeling really good!” Stockman said. “Kelley and I are a new team and we are getting better every time we step on the court, so it’s really exciting.”

Behrens/Ittlinger and Liliana/Elsa pushed through tiebreak matches to move on.

Only No. 8 seeded Taiana Lima/Carol Horta of Brazil failed to reach the Round of 16 of the Top 10 seeds. 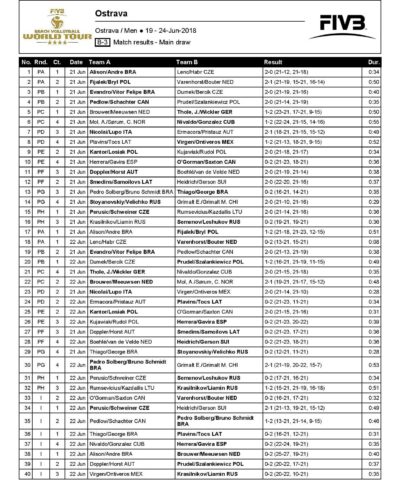 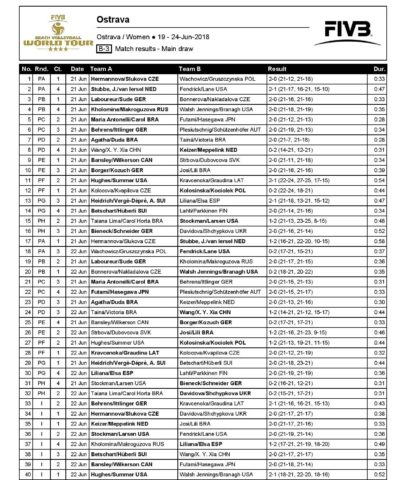