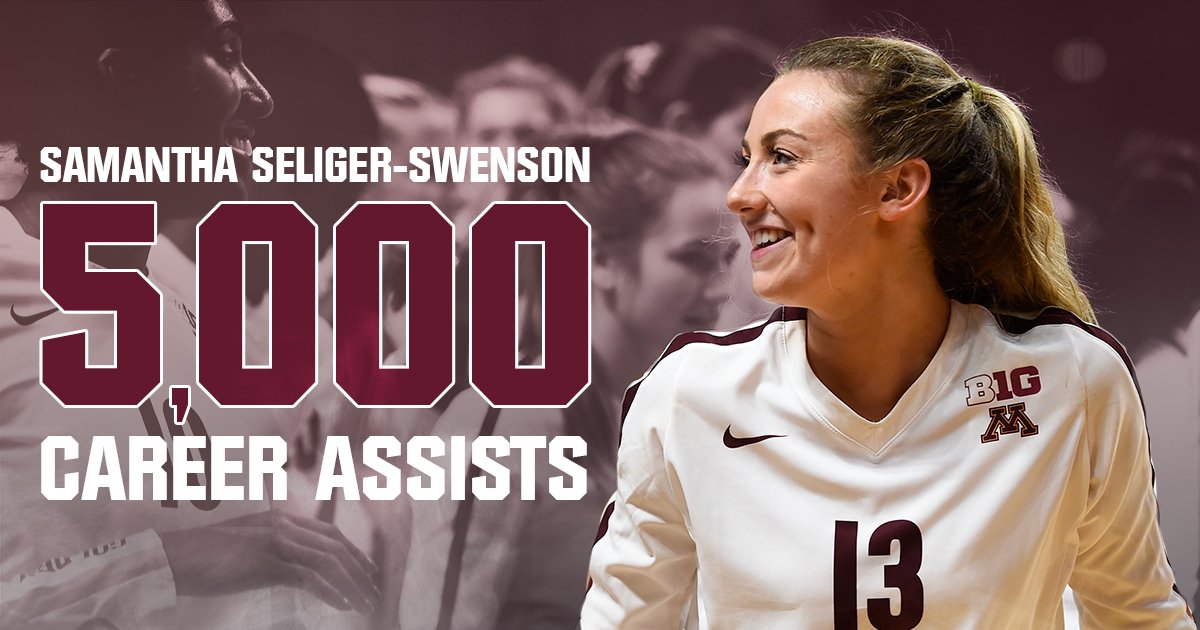 Minnesota senior setter Samantha Seliger-Swenson, a 2017 VolleyMob All-American Third-Team member, has become just the 5th Golden Gopher to surpass the 5,000 career assists mark. She crossed the barrier early in the 3rd set and ended the day with 40 assists, bringing her career total to 5,011.

That ranks her 5th all-time in program history, and is the most by any Gopher in the 25-point, rally-scoring era (since 2008).

Seliger-Swenson started the year with 4,416 assists, and already has almost 600 this season as the 14-2 Gophers are past the midway point of their season. That puts her on pace to finish the regular season with over 5,400 assists (enough to jump Sue Jackson for 4th-place on the Gophers’ list), though even a deep run in the NCAA tournament probably isn’t enough for her to move any higher on that list after missing 2 matches earlier in the season and being behind her career-average pace for assists-per-game and assists-per-set.

Seliger-Swenson is both the Division I, and the overall NCAA, active career leader in assists, sitting about 100 ahead of Findlay’s Hailee Olson (D2).

Swenson also recently joined the 1000 career digs club at the end of September.